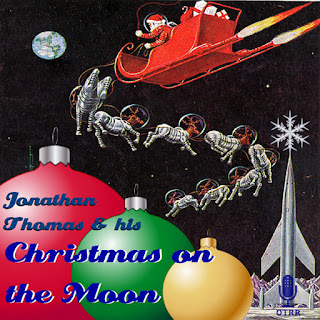 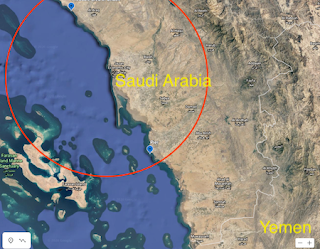 Nice coverage and assessment of an attack on an oil tanker at Ship Attacked in Saudi Arabian Red Sea:

An oil tanker came under attack while at a Saudi Arabian terminal in the Red Sea about 125 miles north of the country’s border with Yemen, according to the vessel’s owner.

The Agrari, a so-called Aframax-class vessel able to haul about 700,000 barrels of oil, was holed about 1 meter above the waterline in the incident, a statement distributed on behalf of the carrier’s owner said. The incident took place as the ship was preparing to leave a berth at the Shuqaiq facility, having finished unloading its cargo, it said.

“There’s definitely an uptick of attacks from the Yemen side of the border onto Saudi Arabia to try and attempt to send a signal that it’s not just in the Strait of Hormuz and in the Persian Gulf that Iran has the ability to undermine Saudi oil interests and naval activities,” said Ayham Kamel, head of Middle East and North Africa at Eurasia Group, which advises clients on political risk.

The blast on the Maltese-flagged Agrari tanker follows a string of attacks by the Iran-linked rebels on Saudi oil infrastructure, highlighting the growing perils of a five-year military campaign led by the kingdom in Yemen.

The tanker was "attacked by an unknown source" while it was preparing to depart from the Red Sea port of Shuqaiq, its Greece-based operator TMS Tankers said, adding that no injuries were reported.

"The Agrari was struck about one meter above the waterline and has suffered a breach," TMS Tankers said in a statement.

"It has been confirmed that the crew are safe and there have been no injuries. No pollution has been reported."

But Wednesday's incident comes as the Iran-backed rebels step up attacks on neighbouring Saudi Arabia in retaliation for the Saudi-led military campaign in Yemen.

On Monday, the Huthi rebels said they struck a plant operated by energy giant Saudi Aramco in the western city of Jeddah with a Quds-2 missile.

The strike, which underscores the vulnerability of Saudi Arabia's infrastructure and the rebel's advancing arsenal, tore a hole in the roof of an oil tank, triggering an explosion and fire.

Earlier this month, a fire broke out at a Saudi oil terminal off the southern province of Jizan after two explosives-laden boats launched by the rebels were intercepted by the coalition, according to the kingdom's energy ministry.

On Tuesday, the coalition said it had destroyed five naval mines planted by the Huthis in the southern Red Sea, saying such tactics posed a "serious threat to maritime security".

Saudi Arabia is stuck in a military quagmire in Yemen, which has been locked in conflict since Huthi rebels took control of the capital Sanaa in 2014 and went on to seize much of the north.

The Saudi-led coalition intervened the following year to support the internationally recognised government, but the conflict that has shown no signs of abating.

If you are looking for a short, interesting book, I recommend my brother Rone Tempest's The Last Western:

Award-winning journalist and investigative reporter Rone Tempest presents the gripping true crime story of a Puerto Rico-born undercover officer gunned down by a white Wyoming lawman in 1978 — and the notorious frontier trial that followed. Of all the possible explanations for why lawman Ed Cantrell shot and killed his deputy Michael Rosa in the parking lot of the Silver Dollar saloon, the least likely was the one that prevailed at trial—that a deranged Rosa went for his gun and Cantrell outdrew him in self-defense.

Christmastime Old Radio Shows: Jonathan Thomas and His Christmas on the Moon #1 "Santa Claus Is Kidnapped By The Squeebublians"

My many blessings include my wife of almost 50 years. 4 great children and their loved ones, 3 grandchildren, and the family, mentors, and friends who have helped me along the way. And the people I have had the pleasure to work with over the years, from the sailors who taught me so much to the Red Cross volunteers of today.

Thanks to and for them all.

As Dennis Prager notes here, "If You're Not Grateful You're Not Happy"

So be grateful for what you have, for the chance to grow, improve, and love.

It's a much better way to live.

Be happy in your Thanksgiving!

Email ThisBlogThis!Share to TwitterShare to FacebookShare to Pinterest
Labels: Thanksgiving 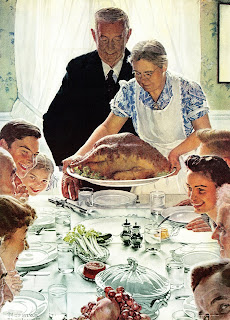 Somewhat oddly, it starts with an ad for Spam.

On Midrats 22 November 2020- Episode 568: The Problem with Proconsuls; the Combatant Commanders 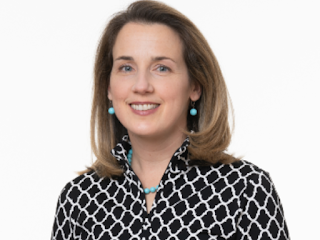 Please join us at 5pm EST for Midrats Episode 568: The Problem with Proconsuls; the Combatant Commanders

34 years after Goldwater-Nichols and the rise of the Combatant Commanders (COCOMS), is our national security structures more in line with what we need in the 21 Century, or the Roman Empire’s Proconsuls?

What are these mini-Pentagons supposed to bring to the national security of the United States, and what are they actually delivering?

What do they do right, and where are they off phase?

Our returning guest for the full hour to discuss this an more will be Mackenzie Eaglen. We will use her recent article, Putting Combatant Commanders on a Demand Signal Diet at War on the Rocks as a starting point for our conversation.

Mackenzie is a resident fellow at the American Enterprise Institute, where she works on defense strategy, defense budgets, and military readiness. She has also served as a staff member on the 2018 National Defense Strategy Commission, the 2014 National Defense Panel, and the 2010 Quadrennial Defense Review Independent Panel. Prior to joining the American Enterprise Institute, she worked on defense issues in the House of Representatives, in the Senate, and at the Pentagon in the Office of the Secretary of Defense and on the Joint Staff. 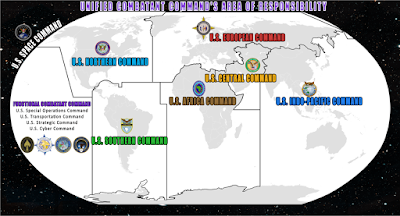