If it was easy, anyone could do it. Doing the hard things safely as possible? The U.S. Navy way.

*Friday is loose concept on this site. 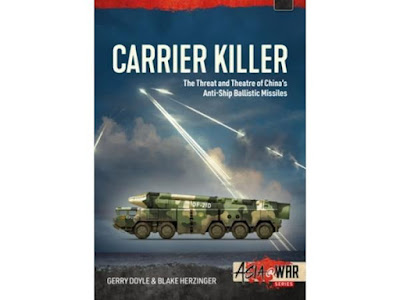 Since the March 1996 humiliation in the waters around Taiwan handed to the People’s Republic of China by the US Navy’s world-dominating Carrier Battle Groups – as they were then known – China and her armed forces started a long-term, disciplined effort to ensure that a point in the not so distant future, their part of The Pacific west of Wake would no longer be considered and American lake.

With a little over a quarter century passed, has China successfully closed the gap?

Come join us for the full hour this Sunday for a deep dive in to the subject with our guests Gerry Doyle and Blake Herzinger as we discuss their recent book, Carrier Killer: China's Anti-Ship Ballistic Missiles and Theater of Operations in the early 21st Century (Asia@War).

For over 11-years, once a year or so our guest has joined us on Midrats to discuss the latest military and national security developments with Russia.

With the war waging in Ukraine and in the processing to transitioning to a new phase, there couldn’t be a better time to hear from Dr. Dmitry Gorenburg who will be with us for the full hour in a wide ranging discussion about the buildup to war, and the important takeaways so far.

Dmitry is an expert on security issues in the former Soviet Union, Russian military reform, Russian foreign policy, and ethnic politics and identity. His recent research topics include decision-making processes in the senior Russian leadership, Russian naval strategy in the Pacific and the Black Sea, and Russian maritime defense doctrine.

He is author of "Nationalism for the Masses: Minority Ethnic Mobilization in the Russian Federation" (Cambridge University Press, 2003), and has been published in journals such as World Politics and Post-Soviet Affairs. In addition to his role at CNA, he currently serves as editor of Problems of Post-Communism and is an Associate of the Davis Center for Russian and Eurasian Studies at Harvard University. From 2009 to 2016, he edited the journal Russian Politics and Law.

He previously served as Executive Director of the Association for Slavic, East European, and Eurasian Studies (ASEEES). He received a B.A. in international relations from Princeton University and a Ph.D. in political science from Harvard University. He blogs on issues related to the Russian military at Russian Military Reform. He is a native Russian speaker.

Silent films about the development of a Republic Aviation twin boom drone in the late 1950's. 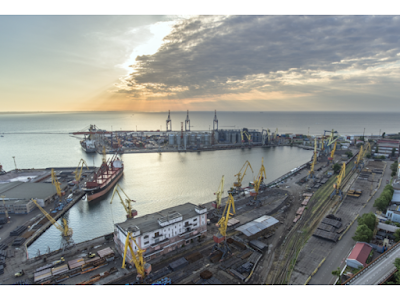 Please join us on 3 April 2022 at the special time of 2pm -3pm EDT for Midrats Episode 620: War, Pestilence, and Famine - the World's Logistics Falters

If it's April, it's time for a return visit by Ross Kennedy to Midrats!

A little under a year ago, we had Ross on to discuss the impact of COVID and related structural issues to the global supply chain. A year later, we find conditions have not just remained, but with war in Ukraine and a new COVID variant working its way through coastal China, in many ways the global trade in essential items has turned for the worst.

If you are worried about the cost and availability of fuel, food, and everyday items you've spent the last decade assuming were always going to be there at a price you're happy with, then you need to join us from 2-3pm Eastern this Sunday.

Ross is a U.S.-based logistics and supply chain expert with more than fifteen years in international transportation, procurement, and analysis. His unique blend of operations, sales, and strategic planning allows him to provide creative, agile solutions for his public- and private-sector clientele.