Attacks on Merchant Shipping So Far in 2020

From the good people at the ICCC CCS IMB Piracy & Armed Robbery Map 2020 here a snapshot of where the actions against shipping and ship's crew lie: 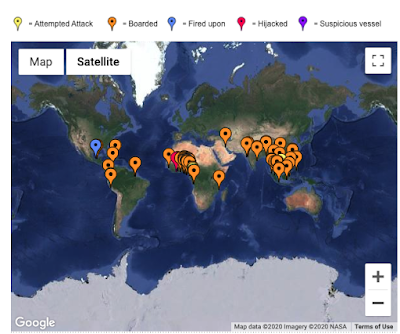 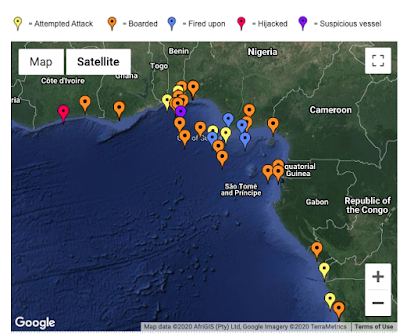 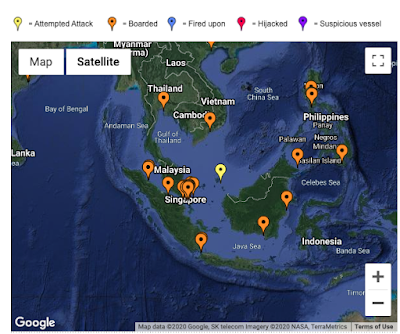 Gulf of Mexico/Central and South America 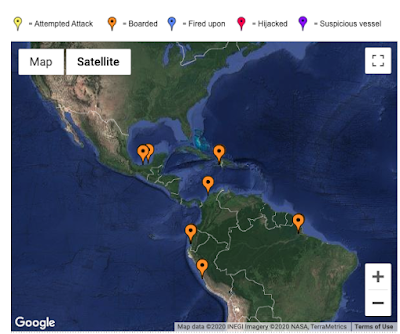 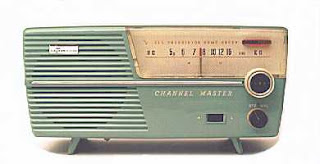 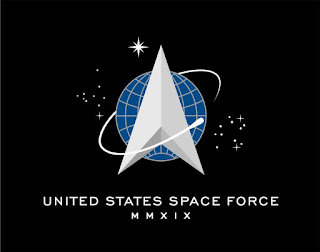 Please join us at 5pm (EDT) for Midrats Episode 556: Space Force – Culture, Ranks and Making the Future with Matt Hipple and Jack McCain


Culture is upstream from performance.

Behind a sometimes playful, sometimes serious, argument about what rank structure the new Space Force should use is the very serious matter of culture.

Culture for any organization is the foundation future success or failure, and is a based on words, and titles. These mean things – especially when they are related to the actual work you do.

Using their recent article, Parochialism, not Congress or naval history, will kill the Space Force, returning Midrats alumni Matt Hipple and Jack McCain will be with us for the full hour in a broad ranging discussion on building the right foundation and culture for Space Force … and maybe a few minutes about the upcoming Dune remake too.

If you use Apple Podcasts, and miss the show live, you can pick up this episode and others and add Midrats to your podcast list simply by going here. Or on Spreaker. The show also is reportedly on Spotify.

Just spent a week way up in the Virginia mountains, in a place where we get no cell phone coverage, no radio, no television, no cable, no 24 hour talking heads. Just us, about 400 acres and stream, some cows, deer, birds, and when the night sky clears of clouds, amazing star gazing. On a moonless night with no light pollution,  the Milky Way is stunning.

For some reason, while on this short vacation, I decided it was time to re-read Atlas Shrugged. While the book is a hot mess in so 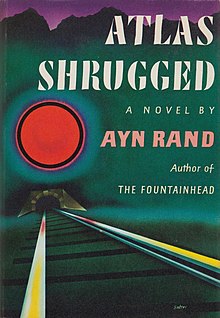 many ways (especially Ms. Rand's ideas on - uh- romance), I found sufficient parallels to current events to keep plugging away even through those things that a novel published in 1957 could not possibly get right about these modern times. But more often than I thought possible, the book nails aspects of these days.

Much of the novel deals with the issues of logistics and what the failure/disruption/mismanagement of logistics systems (in her case centering on railroads) would do to the country as a whole. Many of us who have toiled in logistics appreciate the concerns. Those of us who have experienced the logistical issues wrought by COVID-19 may have a clearer grasp on how tenuous a system it is, and how efficiently it has worked for us in recent years.

I am not alone in both criticizing this book, but noting the current relevance of some of its parts. I commend to your reading this piece from the Wall Street Journal, 'Atlas Shrugged': From Fiction to Fact in 52 Years by Stephan Moore.


Many of us who know Rand's work have noticed that with each passing week, and with each successive bailout plan and economic-stimulus scheme out of Washington, our current politicians are committing the very acts of economic lunacy that "Atlas Shrugged" parodied in 1957, when this 1,000-page novel was first published and became an instant hit.
***
For the uninitiated, the moral of the story is simply this: Politicians invariably respond to crises -- that in most cases they themselves created -- by spawning new government programs, laws and regulations. These, in turn, generate more havoc and poverty, which inspires the politicians to create more programs . . . and the downward spiral repeats itself until the productive sectors of the economy collapse under the collective weight of taxes and other burdens imposed in the name of fairness, equality and do-goodism.
***
The current economic strategy is right out of "Atlas Shrugged" {note: Mr. Moore wrote this during the early days of President Obama's administration} The more incompetent you are in business, the more handouts the politicians will bestow on you. That's the justification for the $2 trillion of subsidies doled out already to keep afloat distressed insurance companies, banks, Wall Street investment houses, and auto companies -- while standing next in line for their share of the booty are real-estate developers, the steel industry, chemical companies, airlines, ethanol producers, construction firms and even catfish farmers. With each successive bailout to "calm the markets," another trillion of national wealth is subsequently lost. Yet, as "Atlas" grimly foretold, we now treat the incompetent who wreck their companies as victims, while those resourceful business owners who manage to make a profit are portrayed as recipients of illegitimate "windfalls."

Ah, "windfall profit taxes" are familiar to those of us who toiled in the oil business.


From 1980 to 1988, the WPT may have reduced domestic oil production anywhere from 1.2% to 8.0% (320 to 1,269 million barrels). Dependence on imported oil grew from between 3% and 13%. The tax was repealed in 1988 because (1) it was an administrative burden to the Internal Revenue Service (IRS), (2) it was a compliance burden to the oil industry, (3) due to low oil prices, the tax was generating little or no revenues in 1987 and 1988, and (4) it made the United States more dependent on foreign oil. The depressed state of the U.S. oil industry after 1986 also contributed to the repeal decision.

Get that? The attempt to rake in more taxes actually lowered productivity and decreased revenue. But it sure sounded good politically, and is back today. It's still nonsense.

I would note the efforts of the governors of California and New York and the mayor of New York City to somehow believe that people won't flee from higher taxes and worsening living conditions to sites of lower taxes and better conditions are a case of incredibly "magical thinking" on their parts. NYC's socialist mayor being the most magical thinker of them all for believing that people who leave his crowded overtaxed city for the suburbs will return because NYC is such a magical place. Rational humans make rational choices, and the rational ones are voting with their feet, Mr. Mayor, so you better figure out how to govern without their taxes and without the corporations that will desert your "worker's paradise" for less restrictive and less expensive venues.

"Magical thinking"is also present when the political correctness movement sees "free speech" as akin to a "one way street" - you are free to speak your mind so long as what you say agrees with them, otherwise you are "evil." It's "magic" that if we all say the same thing - whether true or not - then peace and love will break out. Ms. Rand knew better and so do you and I.

"Economic lunacy" will never disappear, especially when our more vocal "socialist" and "Marxist" politicians can proclaim nonsense without widely reported assessments of exactly how "looney" their idiotic ideas are and why they are so destructive of a free society that is driven by a market economy.

Read the book, mull over the real lessons (e.g. most politicians are in it for the power, not the benefit of all mankind. That power includes doing "favors" for their supporters as Ms. Rand sets out in the book. How do you fight the "looters" and "moochers?" By not accepting their terms, by not accepting undeserved guilt designed to force you to grant their power grabs.

Saturday Is Old Radio Day: Cavalcade of America -"Take Her Down" (1944) 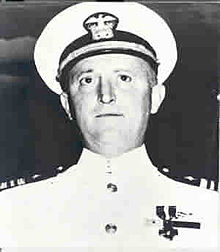 Saturday Is Old Radio Day: Challenge of the Yukon "The Knife Throwers" (1949)

Sergeant Preston and his faithful dog take on the bad guys up in Canada. 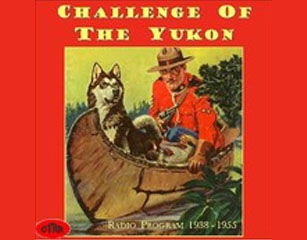 Please join us at 5pm on 16 August 2020 for Midrats Episode 554: Summer of Our Discontent Melee


In our COVID-19 summer doldrums, what could be better than kicking back with a nice cold drink with the kings of natsec social distancing, Sal & EagleOne for a live Midrats free-for-all?

Come join us this Sunday from 5-6pm as we cover the waterfront from San Diego to DC; the Taiwan Strait to Cypriot gas fields.

As always, the chat room will be up and the phone lines will be open.

If you use Apple Podcasts, and miss the show live, you can pick up this episode and others and add Midrats to your podcast list simply by going here. Or on Spreaker. The show also is reportedly on Spotify.
Posted by Mark Tempest at 8/15/2020 07:30:00 AM No comments: 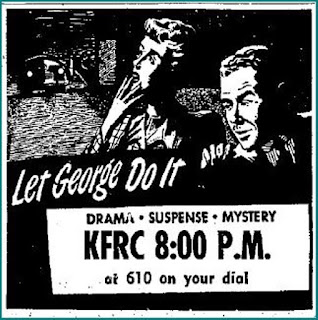 U.S. Navy Office of Naval Intelligence Worldwide Threat to Shipping (WTS) for 2 - 29 July 2020 and HORN OF AFRICA/GULF OF GUINEA/SOUTHEAST ASIA Weekly Piracy Update for 23 to 29 July 2020

Conrad's story of an act of cowardice and its ramifications in a man's life . . . 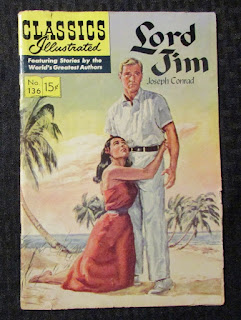 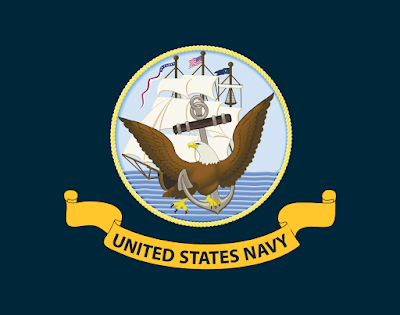 If you use Apple Podcasts, and miss the show live, you can pick up this episode and others and add Midrats to your podcast list simply by going here. Or on Spreaker. The show also is reportedly on Spotify.
Posted by Mark Tempest at 8/01/2020 03:04:00 PM No comments: