Warfare doesn't change all that much. Better weapons, but encirclement and creating panic in the invaded people remain goals pf the invaders.

One variation is the willingness and the ability of the invaded to fight back. To be willing to die to resist the invaders. 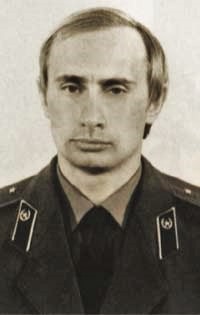 With the Russo-Ukrainian War in its 3rd week, everyone is starting to see a new normal emerging in Europe, our alliances, and global posture. What are the assumptions time has left behind, what concepts are playing out well, and what surprises at sea and ashore have been a surprise?

This Sunday from 5-6pm Eastern EagleOne and Sal are bringing back the melee format with an eye on Ukraine. 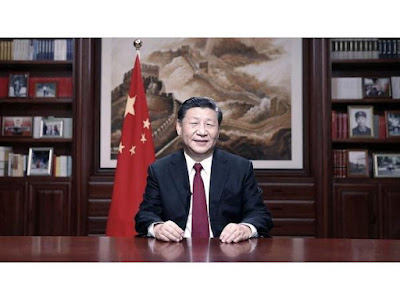 While the world's eyes are focused on Russia and Ukraine - and probably will for the foreseeable future - the People's Republic of China is not standing still.

How can China use this moment to her advantage? What possible lessons can China take away from the Ukraine conflict so far, and perhaps more importantly, how should it impact how we and our allies look at China?

Returning to Midrats to discuss these and related questions this Sunday will be our guest Dean Cheng.

Dean is the Senior Research Fellow for Chinese political and security affairs at the Asia Studies Center of The Heritage Foundation. He specializes in Chinese military and foreign policy, and has written extensively on Chinese military doctrine, technological implications of its space program, and “dual use” issues associated with China’s industrial and scientific infrastructure. He is the author of “Cyber Dragon: Inside China's Information Warfare and Cyber Operations.”

Before joining The Heritage Foundation, he was a senior analyst with the Center for Naval Analyses, a federally funded research and development center, and a senior analyst with Science Applications International Corporation (SAIC, now Leidos), the Fortune 500 specialist in defense and homeland security. He has testified before Congress, spoken at the (American) National Defense University, US Air Force Academy, and the National Space Symposium, and been published in the Wall Street Journal and the Washington Post.

Well, I'm sure your closest friend - if you had one - wouldn't be telling you about the absolute goat rope you've got going - but since I am not your friend, let me say a couple of things about the mess you've made.

Oh, a "goat rope" is commonly used in the U.S. military to describe a disaster in the making - usually a self-made disaster. Like the one you've got going right now.

I mean you probably were thinking that your "topnotch" Russian army would roll up Ukraine in a hour or so, because you felt in yuor bones that the Ukranians were tired of what freedom they had and would love to get back into the embrace of Mother Russia. That was a bad premise on which to try a snappy invasion.

You probably also thought that the Russian army was a powerful tool. News flash, that was another bad premise. It's a blunt instrument at best, and the world is watching it try to bludgeon its way to victory. Any hope of a clean sweep of the adjoining country - like say the alllied forces did in Kuwait/Iraq back in Guf War I - was screwed from the start. Boy Scout troops have had more impressive beginnings to long hikes, even when little Jimmy Smith forgot to bring a canteen and decided his Sunday going to church shoes were better than hiking shoes.

So now what, have you got enough stuff to turn your invasion into a multi-week smashing of a country the size of Texas? You think threatening the rest of the world with "severe sanctions" will stop the flow of equipment to the Ukranians? You've already played the nuclear weapon card - and pushed more countries into looking to join NATO. Frankly, you look a little desperate there, Vlad.

Of course, given the FUBAR logistics that you've got going, maybe that's a way of buying time to regroup. Of course, when this thing becomes even more of a "crime against humanity" and your slaughter of people whose country you invaded - and don't hand me that guff about giving "plenty of warning" - do you honestly think the rest of the world will sit on their hands? We already see folks wanting to take a whack at you ridiculously long road march convoys. One A-10 or Tornado could stop that gaggle in a heart beat.

By the way, how's troop morale? Anxious are they to spend years trying to subdue a restive population? Share your vision of "putting the empire back together," do they?

Have to be curious about the message you are sending to your erstwhile "ally" the PRC - are they seeing the great Russian army like the rest of us? I wonder if someone sitting in a command cell in Beijing isn't thinking about how quickly they could liberate some of those territories in the eastern part of Russia that used to be Chinese and which are full of oil, gas, and other riches. I'm pretty sure they're not quaking in their boots in dread of the Russian army driving its way eastward to stop them, should they choose to move that way.

So now what? Going to bring in your mercenaries to assassinate the Ukrainian leadership? You must have missed that Star Wars episode about making someone more powerful by striking him down. Legends and martyrs, Vlad, very powerful stuff.

What next? Going after Elon Musk because his little satellites are working to defeat Russian information dominance? Sad, Vlad, sad.

Oh, and thanks for uniting Europe against you. Several America presidents have been warning them not to get too comfortable about Russia, but it was you who finally got their attention. Nice job.

Not having crystal ball I don't know what will happent next. But I have pretty good idea that at some point you are going to have to pay the piper. If you win against Ukraine, you might as well rename yourself "Pyrrhus."