How to Get Ready for Confronting China With Naval Air, Surface, Unmanned Gear, Marines, and - Stratospheric Balloons

If you missed Midrats Episode 632, you missed an interesting discussion of how to gear up by the 2030's using current tech while awaiting those long term projects that may arrive in the 2040's.

Our guest was Bryan Clark, who with his co-author, Tim Walton wrote Regaining the High Ground Against China: A Plan to Achieve US Naval Aviation Superiority This Decade, which I encourage everyone to read. These gentlemen propose an approach to getting ready for confrontations in the waters, countries, and islands of the area involving the Philippine Sea, South China Sea, Taiwan Strait and the various chokepoints in that region. It's a pretty extensive document that we just barely scratched the surface of in the hour we had to discuss it.

However, if you are wondering how to keep the Chinese from assuming that the U.S. Navy will "do what it has always done" then the piece's suggestion of building forces for "flexible" operations that allow commanders to play "mix and match" instead of being forced to do what the Chinese are preparing for - well, there are lots of good thoughts in the argument presented by Clark and Walton.

I suggest reading the piece first, then listening to the discussion. Otherwise you might miss excellent images like this: 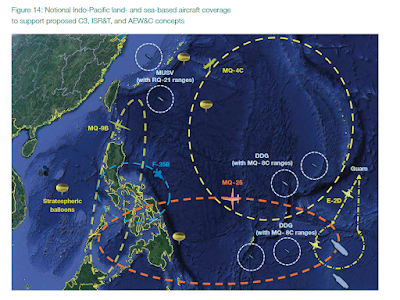 On Midrats 14 August 2022 -Episode 632: The High Ground in the Western Pacific, with Bryan Clark 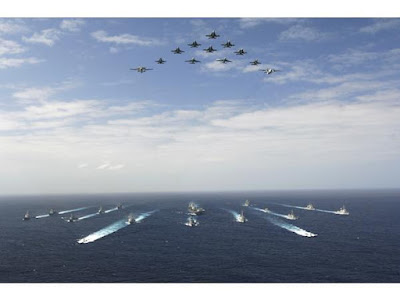 Please join us at 5pm EDT on 14 August 2022 for Midrats Episode 632: The High Ground in the Western Pacific, with Bryan Clark

All it takes is a quick look at a map or a quick read of history to understand that any conflict in the Western Pacific will be dominated by naval forces, logistics, control of the air, and the ability to sustain all three.

Extending our conversation on Midrats this summer about the challenge from China, this Sunday returning to Midrats will be our guest Bryan Clark, a senior fellow and director of the Center for Defense Concepts and Technology at Hudson Institute.

The starting point for our discussion will be the report he co-authored with Timothy Walton, Regaining the High Ground Against China: A Plan to Achieve US Naval Aviation Superiority This Decade.

Before joining Hudson Institute, Bryan Clark was a senior fellow at the Center for Strategic and Budgetary Assessments (CSBA) where he led studies for the Department of Defense Office of Net Assessment, Office of the Secretary of Defense, and Defense Advanced Research Products Agency on new technologies and the future of warfare.

Prior to joining CSBA in 2013, Mr. Clark was special assistant to the chief of naval operations and director of his Commander’s Action Group, where he led development of Navy strategy and implemented new initiatives in electromagnetic spectrum operations, undersea warfare, expeditionary operations, and personnel and readiness management. Mr. Clark served in the Navy headquarters staff from 2004 to 2011, leading studies in the Assessment Division and participating in the 2006 and 2010 Quadrennial Defense Reviews. Prior to retiring from the Navy in 2008, Mr. Clark was an enlisted and officer submariner, serving in afloat and ashore submarine operational and training assignments, including tours as chief engineer and operations officer at the Navy’s Nuclear Power Training Unit. 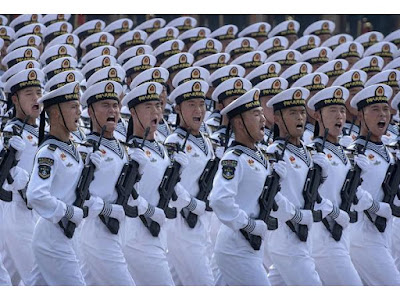 Speaker Pelosi’s visit to Taiwan managed to bring the national security eyeballs back to the Western Pacific after half a year in Eastern Europe.

The People’s Republic of China has not been distracted by the Russo-Ukrainian War any more than she was with our two decades distraction in Central and Southwest Asia. She remains focused on two things:

Where does China stand today, and where is she heading for the rest of the decade?

We have a great guest this Sunday at 3pm Eastern to dive in to these and related topics, James E. Fannell, Captain, USN (Ret.)

Jim concluded a near 30-year career as a naval intelligence officer specializing in Indo-Pacific security affairs, with an emphasis on China's navy and operations. His most recent assignment was the Director of Intelligence and Information Operations for the U.S. Pacific Fleet following a series of afloat and ashore assignments focused on China, as the Assistant Chief of Staff for Intelligence for the U.S. Seventh Fleet aboard the USS Blue Ridge as well as the USS Kitty Hawk aircraft carrier strike group both forward deployed to Yokosuka, Japan. Ashore he was the U.S. Navy's China Senior Intelligence Officer at the Office of Naval Intelligence.

In addition to these assignments, he was a National Security Affairs Fellow at the Hoover Institution at Stanford University and is currently a Government Fellow with the Geneva Centre for Security Policy in Switzerland and the creator and manager of the Indo-Pacific Security forum Red Star Risen/Rising since 2005.