Saturday Is Old Radio Day: Suspense "The Greatest Thief in the World" (1951)

James Mason in The Greatest Thief in the World. 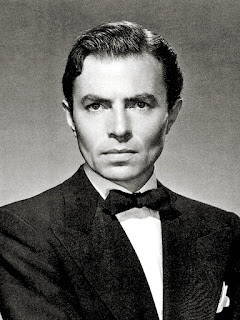 The Battle of Leyte: The Army VIew

"The Boy Who Cried Wolf" A Political Fable for Our Times

If every announcement of a "wolf" is followed by "not a wolf" what happens down the road when there really is a wolf?

Email ThisBlogThis!Share to TwitterShare to FacebookShare to Pinterest
Labels: Fun with Politics

A Birthday Prayer and Poem

Seventy years ago I was born in a small town in the southwestern part of the State of New Mexico, USA, where my father worked as a mining engineer after his WWII service in the Army (horse cavalry and, later in the war, in the Air Corps).

We lived in New Mexico for a couple of years before the new Air Force recalled him to fly the skies over Korea and he became a career Air Force officer, which meant that for some 20 years our home was where he was sent when we could accompany him and somewhere temporary when we could not. Texas, Virginia, California (several places), Wyoming, Guam, Nebraska, Turkey, Michigan, and Florida were addresses acquired in our 26 moves as a family.

When I left for college, I began my own collection of places, some due to the Navy, some due to the corporate world after I left active duty- North Carolina, California (a couple of places), South Carolina, Georgia, Texas. Even in the Navy Reserve, I got to serve in different places, Houston, Corpus Christi, San Francisco, Washington, DC, Naples,Italy, Saudi Arabia. Some of those were for one weekend a month for a couple of years at a time, others were for months as recalls came for Desert Shield/Storm or Kosovo.

Along the way, I met many great people, some were the temporary friends made at a new base or ship or unit for the short period of time we spent together before the next transfer. Some became lifelong friends.

One became my wife, who for over the 53 years I have known her has been the center of my life, and our 48 years of marriage has passed by in a blink, but leaving me still deeply in love with the best person I know.

She is responsible for raising our four children as civilized humans who have families of their own as they travel their paths through life. My job was to get out of the way and let them blossom. I am in awe of all them.

But this birthday is, of course, not an end. As indicators of where my mind goes, I offer up to you a prayer and a poem.

The prayer is probably wrongly attributed to Sir Francis Drake:


Disturb us, Lord, when
We are too pleased with ourselves,
When our dreams have come true
Because we dreamed too little,
When we arrived safely
Because we sailed too close to the shore.

Disturb us, Lord, when
With the abundance of things we possess
We have lost our thirst
For the waters of life;
Having fallen in love with life,
We have ceased to dream of eternity
And in our efforts to build a new earth,
We have allowed our vision
Of the new Heaven to dim.

Disturb us, Lord, to dare more boldly,
To venture on wilder seas
Where storms will show Your mastery;
Where losing sight of land,
We shall find the stars.

We ask you to push back
The horizons of our hopes;
And to push back the future
In strength, courage, hope, and love.

This we ask in the name of our Captain,
Who is Jesus Christ.

The poem is by Tennyson:


It little profits that an idle king,
By this still hearth, among these barren crags,
Match'd with an aged wife, I mete and dole
Unequal laws unto a savage race,
That hoard, and sleep, and feed, and know not me.
I cannot rest from travel: I will drink
Life to the lees: All times I have enjoy'd
Greatly, have suffer'd greatly, both with those
That loved me, and alone, on shore, and when
Thro' scudding drifts the rainy Hyades
Vext the dim sea: I am become a name;
For always roaming with a hungry heart
Much have I seen and known; cities of men
And manners, climates, councils, governments,
Myself not least, but honour'd of them all;
And drunk delight of battle with my peers,
Far on the ringing plains of windy Troy.
I am a part of all that I have met;
Yet all experience is an arch wherethro'
Gleams that untravell'd world whose margin fades
For ever and forever when I move.
How dull it is to pause, to make an end,
To rust unburnish'd, not to shine in use!
As tho' to breathe were life! Life piled on life
Were all too little, and of one to me
Little remains: but every hour is saved
From that eternal silence, something more,
A bringer of new things; and vile it were
For some three suns to store and hoard myself,
And this gray spirit yearning in desire
To follow knowledge like a sinking star,
Beyond the utmost bound of human thought.

This is my son, mine own Telemachus,
To whom I leave the sceptre and the isle,—
Well-loved of me, discerning to fulfil
This labour, by slow prudence to make mild
A rugged people, and thro' soft degrees
Subdue them to the useful and the good.
Most blameless is he, centred in the sphere
Of common duties, decent not to fail
In offices of tenderness, and pay
Meet adoration to my household gods,
When I am gone. He works his work, I mine.

There lies the port; the vessel puffs her sail:
There gloom the dark, broad seas. My mariners,
Souls that have toil'd, and wrought, and thought with me—
That ever with a frolic welcome took
The thunder and the sunshine, and opposed
Free hearts, free foreheads—you and I are old;
Old age hath yet his honour and his toil;
Death closes all: but something ere the end,
Some work of noble note, may yet be done,
Not unbecoming men that strove with Gods.
The lights begin to twinkle from the rocks:
The long day wanes: the slow moon climbs: the deep
Moans round with many voices. Come, my friends,
'T is not too late to seek a newer world.
Push off, and sitting well in order smite
The sounding furrows; for my purpose holds
To sail beyond the sunset, and the baths
Of all the western stars, until I die.
It may be that the gulfs will wash us down:
It may be we shall touch the Happy Isles,
And see the great Achilles, whom we knew.
Tho' much is taken, much abides; and tho'
We are not now that strength which in old days
Moved earth and heaven, that which we are, we are;
One equal temper of heroic hearts,
Made weak by time and fate, but strong in will
To strive, to seek, to find, and not to yield.

Email ThisBlogThis!Share to TwitterShare to FacebookShare to Pinterest
Labels: Birthday! 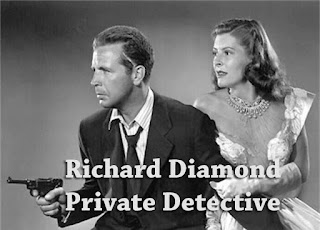 Friday Film: Operation Earnest Will - the U.S. Navy in the "Tanker War" presented by Stephen Phillips 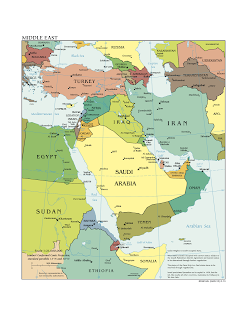 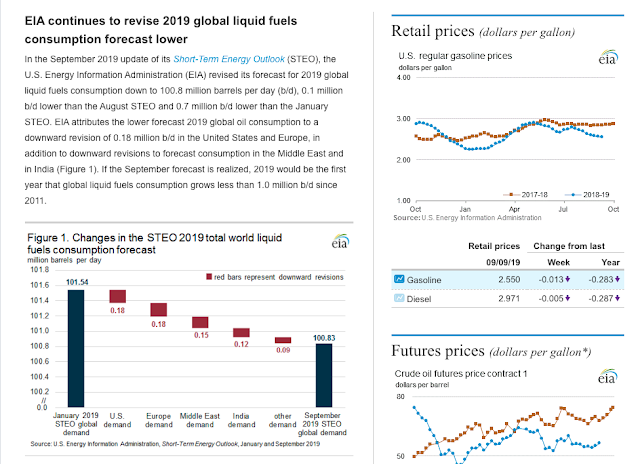 Note the continued warning of hazards in the waters off the Arabian peninsula, including waters near to Iran and the Iranian surrogates in Yemen. Hazards include GPS spoofing.