The Navy is developing three new ship-based weapons that could improve the ability of Navy surface ships to defend themselves against missiles, unmanned aerial vehicles (UAVs), and surface craft: the Surface Navy Laser Weapon System (SNLWS), the electromagnetic railgun (EMRG), and the gun-launched guided projectile (GLGP), previously known as the hypervelocity projectile (HVP).

The Navy refers to the initial (i.e., Increment 1) version of SNLWS as HELIOS, an acronym meaning high-energy laser with integrated optical dazzler and surveillance. EMRG could additionally provide the Navy with a new naval surface fire support (NSFS) weapon for attacking land targets in support of Marines or other friendly ground forces ashore. The Department of Defense is exploring the potential for using GLGP across multiple U.S. military services.

Any one of these three new weapons, if successfully developed and deployed, might be regarded as a “game changer” for defending Navy surface ships against enemy missiles and UAVs. If two or three of them are successfully developed and deployed, the result might be considered not just a game changer, but a revolution. Rarely has the Navy had so many potential new types of surface-ship air-defense weapons simultaneously available for development and potential deployment.

You can read the "Oct. 23, 2018 Congressional Research Service report, Navy Lasers, Railgun, and Gun-Launched Guided Projectile: Background and Issues for Congress" at the USNI News link.

U.S. Navy Office of Naval Intelligence HORN OF AFRICA/GULF OF GUINEA/ SOUTHEAST ASIA: Piracy Analysis and... by lawofsea on Scribd


While off the front page, ISIS is not gone, the Taliban remain a strong 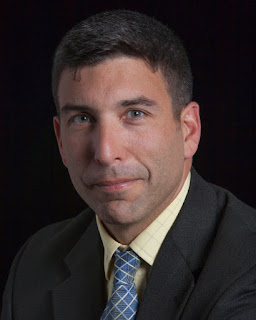 force, and throughout the globe, the Long War continues.

A war unique in living memory in the West, it isn't going anywhere.

Returning to the show for a broad ranging discussion of the war - however you want to call it - that we have been waging before we even knew it for sure in September 2001, will be Craig Whiteside.

Craig is an associate professor at the Naval War College Monterey and an associate fellow at the International Centre for Counter-Terrorism (ICCT)-The Hague.

Tired of Ugly Politics and Politicians - So, It's Otter Time!

Email ThisBlogThis!Share to TwitterShare to FacebookShare to Pinterest
Labels: Stuff to take your mind off other stuff

U.S. Navy Office of Naval Intelligence HORN OF AFRICA/GULF OF GUINEA/ SOUTHEAST ASIA: Piracy Analysis and W... by lawofsea on Scribd
Posted by Mark Tempest at 10/22/2018 10:40:00 AM No comments:

Saturday Is Old Radio Day - (even on a Sunday): CBS Mystery Theater "The Mysterious Stranger"

A tale based on an incomplete (?) work by Mark Twain:

U.S. Navy Office of Naval Intelligence HORN OF AFRICA/GULF OF GUINEA/ SOUTHEAST ASIA: Piracy Analysis and... by lawofsea on Scribd

Please join us at 5pm EDT for Midrats Episode 458: Maritime Insurgency and Counterinsurgency with Hunter Stires:


The outlaw and lawless ocean, non-state actors, intimidation, and hostile acts short of war - security on the high seas involves a lot more than fleet actions. 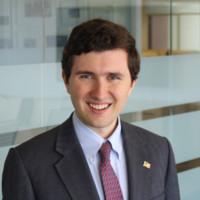 From the South China Sea as government policy, to land conflicts and economic stress moving to adjacent seas - what exactly is the concept of insurgency and counterinsurgency at sea?

Returning to Midrats to discuss this and more will be Hunter Stires.

Hunter is a Fellow with the John B. Hattendorf Center for Maritime Historical Research at the U.S. Naval War College and works in a non-resident capacity with the Center for a New American Security. His work focuses on maritime strategy and logistics for forward deployed naval forces in the Western Pacific in history and today. He is a freelance contributor to The National Interest and is recently the co-author with Dr. Patrick Cronin of "China is Waging a Maritime Insurgency in the South China Sea. It's Time for the United States to Counter It."

From the 1934 Esquire story 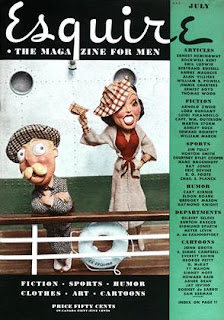 Friday Film: The US Naval Observatory (1970)

Important question posed by David Larter ar Defense News The US Army is preparing to fight in Europe, but can it even get there?


The decline of U.S. surge capacity has been raising alarm bells in Washington as the National security structure comes to grips with facing dual threats from China and Russia, and has spurred efforts in Congress to try and get the Navy moving on a new class of logistics ship — also suggesting a look on the open market for used commercial ships to bridge the modernization gap.

But the list of issues the Ready Reserve Force faces in the meantime is ponderous. And solving them is going to mean the Navy, on the hook for the funding, will have to spend a lot of money on ships that largely stay in port during anything but national emergencies. This at a time that the Navy is trying to buy a new class of ballistic missile submarines, frigates and a new large surface combatant.

Shaking the dust off its long-range logistics plans has been a priority in the Army. A recent Navy report to Congress from March estimated that about 90 percent of all equipment used by the Army and Marine Corps in a major contingency would be transported by sea and the Army has been practicing moving large numbers of troops and equipment to Europe.

Not our first visit to this topic, see:
Warning Shot: "[T}he rapid depletion of the U.S. commercial fleet size" and a shortage of civilian mariners as threat to National Security

Email ThisBlogThis!Share to TwitterShare to FacebookShare to Pinterest
Labels: Another thing to worry about, Logistics, War Fighting

Well, it is a kid's show about a former Marine who has become a forest ranger.

Because its name has been in the news a lot lately, we once again take a look at the Russian state as it currently exists. With that in mind, please tune in at 5pm EDT on 7 October 2018 for Midrats Episode 457: Russia's Red Banner Year, with Dr. Dmirty Gorenburg

From its largest exercise since the end of the Cold War, to Syria, to a revival of covert direct action and intermediated nuclear weapons as an issue - Russia continues to claw back her place on the international stage.

As we approach the last quarter of the 2018 calendar year, what message is Russia trying to give the rest of the world and what should we expect through the end of the decade?

He is the editor of the journal Problems of Post-Communism and a Fellow of the Truman National Security Project. From 2005 through 2010, he previously held positions as the Executive Director of the American Association for the Advancement of Slavic Studies and editor of the journal Russian Politics and Law.

This U.S. Navy Film Launch 'Em was filmed by pilots aboard the USS Hancock in 1956. The film was made while the carrier cruised home from her Far East deployment, apparently with the unofficial blessing of the Eisenhower administration. A legendary film among Naval Aviators, it disappeared from view in the very early 1960s, as it became politically incorrect and taboo. Pilots are fighting in the ready room. Flight deck crewmen starting jet engines with cigarette lighters. These and other hi-jinks might not be regulation, but they do appear in Launch 'Em.


On Sunday, Saudi Arabia's navy reported that it had destroyed two remote-controlled, explosives-filled vessels that were targeting the port of Jizan (Jazan). According to Saudi coalition spokesman Col. Turki Al-Maliki, the Saudi Navy detected the boats approaching in series, one at 0450 hours and one at 0505 on Sunday morning. They were under remote control and were rigged with explosives, he reported. Saudi forces intercepted and destroyed the vessels.
***
State-owned oil company Saudi Aramco is building a large refinery and marine terminal complex at Jizan, and it is scheduled to be finished later this year. Houthi forces attempted to attack a product terminal at Jizan with a bomb boat once before, in April 2017. That attack was not reportedly successful. A similar Houthi attack on a Saudi frigate in January 2017 resulted in hull damage and the death of two Saudi sailors. Over the past year, Saudi forces have reported intercepting multiple Houthi drone boat attacks, including a series of attempted strikes on merchant vessels in August and September.

American intelligence analysts believe that Iran is supplying the technology needed for the Houthi "bomb boats," along with many other smuggled weapons systems, from AK-47s to small ballistic missiles.