Friday Film: USS Enterprise in "Yankee Do - A Story of Sea Power" 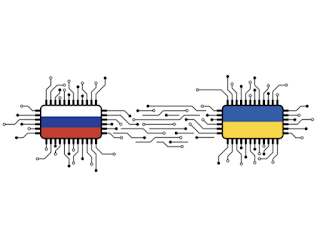 Please join us at 4pm EST for Midrats Episode 643: Cyber Lessons of the Russo-Ukrainian War

There is still a lot of fighting to be done in the Russo-Ukrainian War, but important lessons can already be drawn from the first 10-months of conflict.

One of the most hyped "new" domains of war the last three decades has been what is generally referred to as "cyber." Its growth in interest and buzz paralleled the decline and neglect of a more traditional form of modern war, Electronic Warfare.

This Sunday we're going to do a deep dive in what we are seeing, what we thought we should have seen but haven't, and how this should inform present support and future policy in the area of cyber.

Our guest for the full hour this Sunday from 4-5pm Eastern will be Shashank Joshi, Defence editor at The Economist.

If you are looking for a read-ahead, "The Digital Front" in the December 3rd edition of The Economist would be a good start.

The Soviet Union and Nazi Germany agreed to split Poland as part of an agreement to recognize "spheres of influence" in the nation lying between them. So in 1939, they both invaded Poland, Germany from the west and the Soviet Union from the east. See Soviet invasion of Poland:

The Soviet (as well as German) invasion of Poland was indirectly indicated in the "secret protocol" of the Molotov–Ribbentrop Pact signed on 23 August 1939, which divided Poland into "spheres of influence" of the two powers.[8] German and Soviet cooperation in the invasion of Poland has been described as co-belligerence.[9][10]

The Red Army, which vastly outnumbered the Polish defenders, achieved its targets, encountering only limited resistance. Some 320,000 Poles were made prisoners of war.[4][11] The campaign of mass persecution in the newly acquired areas began immediately. In November 1939 the Soviet government annexed the entire Polish territory under its control. Some 13.5 million Polish citizens who fell under the military occupation were made Soviet subjects following show elections conducted by the NKVD secret police in an atmosphere of terror,[12][13][14] the results of which were used to legitimise the use of force. A Soviet campaign of political murders and other forms of repression, targeting Polish figures of authority such as military officers, police and priests, began with a wave of arrests and summary executions.[Note 5][15][16] The Soviet NKVD sent hundreds of thousands of people from eastern Poland to Siberia and other remote parts of the Soviet Union in four major waves of deportation between 1939 and 1941.[Note 6] Soviet forces occupied eastern Poland until the summer of 1941, when Germany terminated its earlier pact with the Soviet Union and invaded the Soviet Union under the code name Operation Barbarossa.

Naturally, once Hitler turned eastward, the Soviet Union became an "ally" in the fight against the Nazis, leading to its need for aid in the fight. That aid was extensive as set out in World War II Allies: U.S. Lend-Lease to the Soviet Union, 1941-1945

Even before the United States entered World War II in December 1941, America sent arms and equipment to the Soviet Union to help it defeat the Nazi invasion. Totaling $11.3 billion, or $180 billion in today’s currency, the Lend-Lease Act of the United States supplied needed goods to the Soviet Union from 1941 to 1945 in support of what Stalin described to Roosevelt as the “enormous and difficult fight against the common enemy — bloodthirsty Hitlerism.” 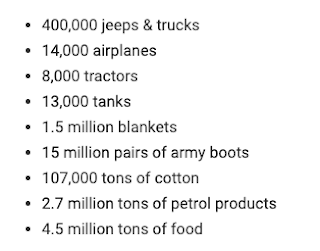 "Bloodthirsty Communism" could have been trotted out, too, with good reason. The Soviet Union's "unclean hands" seem to linger on today in the Putin regime.

From the NDAA to some rather positive words from the SECNAV on some of our favorite maritime areas of concern, so far December has produced a few positives to think about - if you don't think too much about the Army-Navy game on Saturday...

This week's Midrats free for all will start here and then we'll work our way around the national security landscape.

As always, open topic, open phones ... so come join us for the conversation. 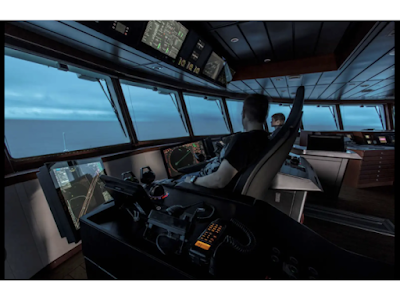 Please join us at 5pm EST for Midrats Episode 641: December Maritime Free For All

Now that you’re in that time where you’re trying to make that transition from Thanksgiving to Christmas & New Years saturation … give your stomach and mind a break and join EagleOne and Sal for a maritime and national security free for all this Sunday from 5-6pm Eastern.

As is usual with our free for all format, the studio line is open for you to call in and the chat room will be running for your questions, observations … or even topics you wish we’d discuss but it seems we never get around to.

In the course of the hour we’ll try to at least touch on this week’s warship chicken in San Diego, why everyone should care about secure undersea infrastructure, and take another look at how the logistics failures by the Russians ashore informs planning for logistics planning for a major Pacific war at sea.

I don't care what others say, this was not a "near collsion."

The ships were in communication and agreed to a starboard to starboard passiing.

Both ships were under control.

Both ships manuevered properly on their agreed plan.

Calling this anything except routine operations by professionals is an extreme exaggeration.