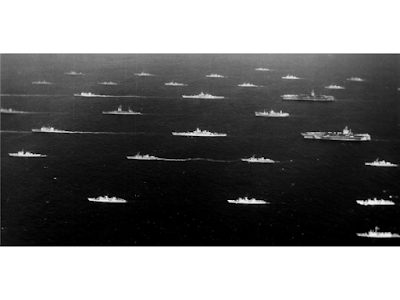 When was the last time the US Navy made the case for a significantly larger navy to defend its interests on the high seas?

What lessons can we take from that relatively successful intellectual, political, and personal struggle to grow our Navy?

Using his recent article in Naval History Magazine, Lessons from the 600-Ship Navy, as a starting point for our conversation, our guest for the full hour will be Lieutenant Joseph Sims, USN.

Lieutenant Sims is a Surface Warfare Officer and 2018 graduate of the US Naval Academy where he majored in history and completed four years on the varsity tennis team. He completed his first division officer tour on USS LASSEN (DDG-82), where he served as the gunnery officer and electronic warfare officer and completed deployment to 5th Fleet with the Truman Strike Group in 2019-2020 as well as deployment to 4th Fleet in 2020. Following completion of the Advanced Division Officer Course and Prospective Engineering Officer Course in Newport, RI, he reported to USS ANTIETAM (CG-54) in August of 2021 as the Main Propulsion Assistant.

Saturday Is Old Radio Day: Horror "The Thing on the Fourble Board" (1948) 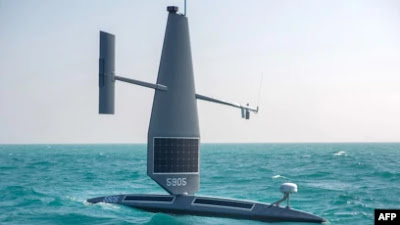 The United States and its allies want a force of 100 unmanned surface vessels patrolling waters from the Red Sea into the Persian Gulf by next summer, the commander of U.S. 5th Fleet said on Tuesday.

“We’ve established a goal to have 100 unmanned surface vessels available for patrol in waters around the Arabian Peninsula by the end of the summer of 2023… with a majority of the systems coming from our international and regional partners,” U.S. 5th Fleet commander Vice Adm. Brad Cooper said during an address at the U.S. Coast Guard Academy.

For the last year, U.S. Central Command has been the test bed for an experimental force of long-endurance unmanned systems at sea married with artificial intelligence tools on shore to look for military threats or illegal activity. Unlike some of the high-end drones used by the U.S. military, the information and sensors for each individual system are unclassified, with their output beamed back to a maritime operations center for a human to make a decision when the AI system detects something out of the ordinary. The effort is known as Task Force 59.

We're talking sensor here, not armed units. But these sensors ease the burden on manned units by being out there 24/7 and constantly reporting back to base, at which decision about any action required can be made. The more units out there, the harder for "bad guys" to hide what they're up to. 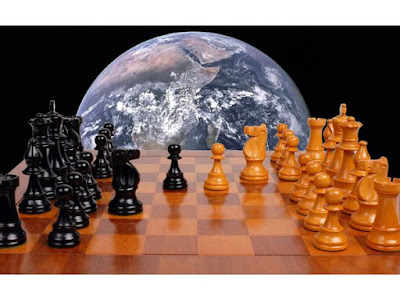 Please join us at 5pm EDT on 16 October 2022 for Midrats Episode 637: Can You be Realistic About the Real World - with Emma Ashford

A nation’s foreign policy is driven by more than just the whims and desires of the Chief Executive. Through government, academia, institutions, and individuals of influence there are a variety of different schools of thought on what should underpin the decision making process.

Well known general descriptors of these schools include “interventionist,” “isolationist,” “internationalist,” and even well known sub-species of the major schools who are known by the actions they wish to take - usually that involve the use of military power - “Responsibility to Protect,” to “Nation Building” to the old saw from over a century ago, “Make the World Safe for Democracy.”

One long-standing school that has gained attention and influence after the experiences of the last two decades from Afghanistan to Ukraine is, “Realism.”

What is the history of a “realist foreign policy,” its advocates, its intellectual foundations, and what does it have to offer the United States today?

Our returning guest for the full hour is Emma Ashford.

Emma is a Senior Fellow with the Reimagining US Grand Strategy program at the Stimson Center. She is also a nonresident fellow at the Modern War Institute at West Point, and an adjunct assistant professor in the Security Studies Program at Georgetown University.

Her first book, Oil, the State, and War: The Foreign Policies of Petrostates, was published by Georgetown University Press in 2022.

She was previously with the Atlantic Council’s New American Engagement Initiative, and the Cato Institute. She holds a PhD in Foreign Affairs from the University of Virginia.