Messages from China - One Clear and One Odd

First the clear signal We Don't Like Your FONOPS and Exercises in the South China Sea so we'll show off our anti-ship ballistic missile and demonstrate we lied when we said we wouldn't militarize those islands we made in the SCS. 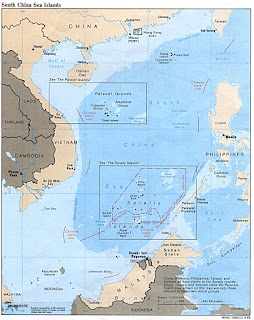 China's military conducted a flight test of an anti-ship ballistic missile in the contentious South China Sea last weekend in violation of a pledge four years ago by President Xi Jinping not to militarize the waterway.
***
China also may have conducted the provocative missile test in reaction to the recent U.S.-Japan naval exercises in the South China Sea.

Well, of course. It's a warning shot across the bow.


China raised the security level for its vessels heading through the 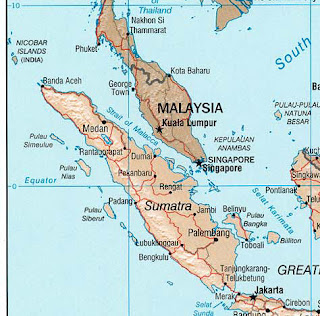 The transport ministry advised Chinese-flagged ships to take heightened security steps and increased its security warning to level three, according to a copy of a July 2 notice posted on a website affiliated with the ministry.

Three is the highest security level in Chinese shipping regulations, and one above a warning issued after recent attacks on tankers in the Strait of Hormuz, according to people familiar with the situation, who asked not to be identified discussing government notifications. The ministry wasn’t immediately able to comment.

Things have been pretty calm piracy-wise in the Strait of Malacca in recent years, so this is a head shaker.


Shipping companies are asked by authorities in Beijing to increase the security level on ships transiting the Straits of Malacca, one of the world’s busiest waterways. Cosco Shipping’s tanker unit has warned its staff about possible attacks from some Indonesian gangs. 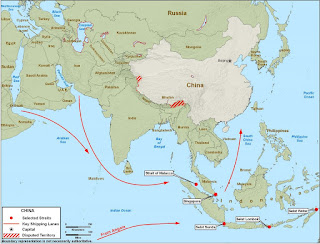 But suppose you are China and you decide that the chokepoints through which your vital oil supplies flow are potentially threatened by forces that may attempt to enforce an embargo on - say - Iranian crude oil. After all, 78% of your oil passes through chokepoints.

Given that possibility, and looking to the U.S. Carter Doctrine for a historic parallel, might you decide to gin up a "threat" which would -um - require you to provide armed escort vessels for your tankers heading to and through such chokepoints? What better threat than "Indonesian gangs?"

In short, is this a Chinese setup to intrude in the state waters of Indonesia and Malaysia with warships as a preemptive move against such an embargo and to set the precedent that China can and will do what it wants to protect its "vital national interests" in such chokepoints?

By sending escort ships to protect its tankers China would take another one of those minor steps that seems innocuous but which has major ramifications. They don't even have to be PLAN ships, but could be Chinese Coast Guard ships to begin with.