Saturday Is Old Radio Day - Suspense "The Customers Like Murder" (1943) 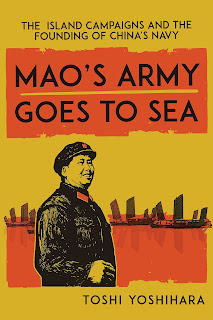 From a navy of peasants to professionals on par with any Western navy; from coastal patrol to global reach, the slow and steady growth of the People's Liberation Army Navy (PLAN) crept up on some policy makers in the last decade, but as the PLAN eclipses the United States Navy in numbers and is accelerating their industrial capacity and capabilities, the decades of the American uncontested dominance at sea is no longer granted.

Returning to Midrats to discuss this and the larger trends he raises in his new book,Mao's Army Goes to Sea: The Island Campaigns and the Founding of China's Navy, will be Dr. Toshi Yoshihara.

Toshi Yoshihara is a Senior Fellow at the Center for Strategic and Budgetary Assessments (CSBA). He was previously the inaugural John A. van Beuren Chair of Asia-Pacific Studies and a Professor of Strategy at the U.S. Naval War College.

In addition to his latest book Mao’s Army Goes to Sea: The Island Campaigns and the Founding of China’s Navy, he co-authored, with James R. Holmes, the second edition of Red Star over the Pacific: China's Rise and the Challenge to U.S. Maritime Strategy. He currently teaches a graduate course on seapower in the Indo-Pacific at the School of Foreign Service, Georgetown University.

Friday Films - What the Navy Does and Some History 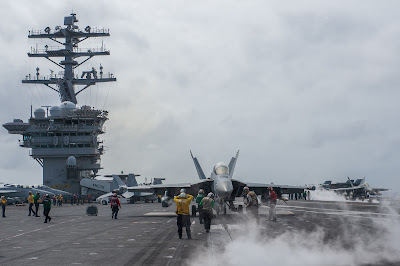 Officially the Navy may have a “new mission” but it is just putting in to law what has been in existence since the first Stone Age man outfitted his fishing canoe as a war canoe.

In a modern society, words mean things and even what is self-evident must on occasion be put in writing.

What is “Title 10?” That is what tells our Navy what it’s mission is.

“The Navy, within the Department of the Navy, includes, in general, naval combat and service forces and such aviation as may be organic therein. The Navy shall be organized, trained, and equipped for the peacetime promotion of the national security interests and prosperity of the United States and prompt and sustained combat incident to operations at sea. It is responsible for the preparation of naval forces necessary for the duties described in the preceding sentence except as otherwise assigned and, in accordance with integrated joint mobilization plans, for the expansion of the peacetime components of the Navy to meet the needs of war.”

As our guest stated earlier this summer:

“…the peacetime value of the Navy is no longer negotiable, it cannot be minimized, or at least it cannot as easily be minimized. As I said earlier, this is NOT an increase in the Navy’s mission set, it is a codification of the Navy’s mission set. The Navy has been promoting the national security interests and prosperity of the United States in peacetime since its inception, but only now (if passed) will the law actually reflect this.”

Don’t miss this Sunday’s Midrats where almost exactly 13 years since his first appearance, Bryan McGrath, Managing Director of The FerryBridge Group LLC. returns for the full hour to discuss this and more.