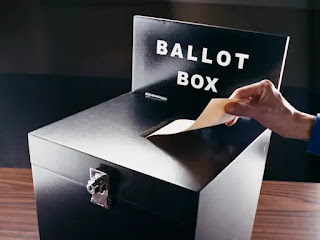 Please join us at 5pm EST on 13 November 2022 for Midrats Episode 639: Elections Have Consequences

New people arrive, experienced people leave, and priorities, agendas, and advocacy will shift change with them.

What can we expect in the next Congress based on changes we see and those national security issues waxing or waning in the mind of legislators and their counterparts in the Executive Branch?

Our guests for the full hour to discuss the implications of this years election in the national security arena, will be Claude Berube and Derek (Dirk) Maurer.

Claude Berube, PhD, is the author of “On Wide Seas: The US Navy in the Jacksonian Era” and several other books. He has worked on Capitol Hill, in the defense industry, and the Office of Naval Intelligence. A Commander in the US Navy Reserve, he is currently assigned to a unit with Navy Warfare Development Center. Since 2005 he has taught in the Political Science and History Departments at the US Naval Academy.

Dirk Maurer served as the Former Deputy Assistant Secretary of Defense for Defense Continuity and Mission Assurance and as DASD for Countering Weapons of Mass Destruction. At the beginning of the Trump administration, he was responsible for overseeing the confirmation of all Senate-confirmed personnel and worked confirmations on the Presidential Transition team. He was DASD for Defense Support and Civil Authorities during the George W. Bush administration

Mr. Maurer has served on multiple Senate committees and in the personal offices of three Senators. He retired from the Marine Corps Reserve after twenty years. He received a bachelor’s degree from the University of Washington and a Juris Doctorate from Georgetown University Law Center.