If you've lost lock during the news-cycle imbroglio on what is important in the national security arena, then you need to take an hour out and spend an hour with us for a few from the eye of the storm.

Our guest for the full hour will be Phil Ewing. 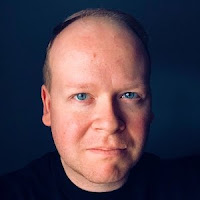 Phil is NPR's national security editor. He helps direct coverage of the military, the intelligence community, counterterrorism, veterans and other topics for the radio and online. Ewing joined the network in 2015 from Politico, where he was a Pentagon correspondent and defense editor. Previously he served as managing editor of Military.com and before that he covered the U.S. Navy for the Military Times newspapers.

From the budget battles on the Hill, the Navy's fight for its future fleet, to Russia's freezing of the cherry blossoms (hey, it could happen) - we'll cover it.