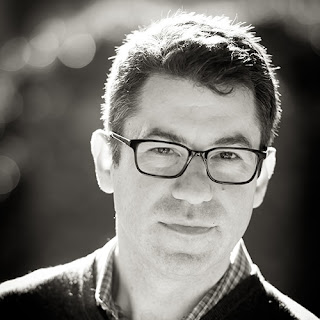 Please join us at 5pm on 18 October 2020 for Midrats Episode 563: The Middle East's Future Imperfect with Steven Cook

In a very rough year, there were sprinkles of renewed optimism about the Middle East as Israel established relations with a few of the Gulf Arab nations, but the Middle East is, and has been, always about more than Arab-Israeli relations.

From North Africa across the Mediterranean coast to Syria and across the Arabian Peninsula to Yemen, what is the state of play in the Middle East as a whole, and where are the trends taking the region?

Our guest this Sunday, October 18th for the full hour to discuss than and mor will be Steven A. Cook.

Steven is Eni Enrico Mattei senior fellow for Middle East and Africa studies at the Council on Foreign Relations (CFR). He is an expert on Arab and Turkish politics as well as U.S.-Middle East policy. Cook is the author of False Dawn: Protest, Democracy, and Violence in the New Middle East; The Struggle for Egypt: From Nasser to Tahrir Square, which won the Washington Institute for Near East Policy’s gold medal in 2012; and Ruling But Not Governing: The Military and Political Development in Egypt, Algeria, and Turkey.

He is a columnist at Foreign Policy magazine. He has also published widely in international affairs journals, opinion magazines, and newspapers, and he is a frequent commentator on radio and television. His work can be found on CFR.org. Prior to joining CFR, Cook was a research fellow at the Brookings Institution (2001–2002) and a Soref research fellow at the Washington Institute for Near East Policy (1995–1996). Cook holds a BA in international studies from Vassar College, an MA in international relations from Johns Hopkins University’s School of Advanced International Studies, and both an MA and a PhD in political science from the University of Pennsylvania. He speaks Arabic and Turkish and reads French.

If you use Apple Podcasts, and miss the show live, you can pick up this episode and others and add Midrats to your podcast list simply by going to here. Or on Spreaker. Or on Spotify.
Posted by Mark Tempest at 10/17/2020 07:30:00 AM