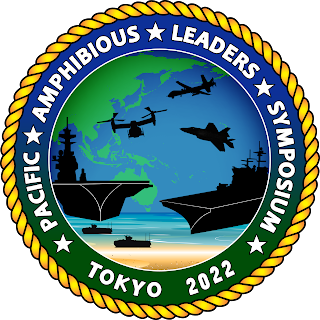 Please join us for Midrats Episode 625: Combined Amphibious Operations in the Indo-Pacific. We  recorded the show due to our guest's schedule.

Along the spectrum from peacetime exercises to wartime combined operations, successfully integrating multinational forces is not a pick-up game. To do it right requires leaders and institutions years of practice, trust, and demonstrated ability.

This is true of all military operations, but especially true when moving forces ashore during amphibious operations.

In our constellation of allies, partners and friends along the shores of the Indo-Pacific theater, since 2015 the United States Marine Forces Pacific has led the multi-national Pacific Amphibious Leaders Symposium.

We dive into not just the symposium itself to the broader topic of combined amphibious operations in the Indo-Pacific with our guest, Major Evan “Zach” Ota, USMC from the International Affairs Branch, U. S. Marine Corps Forces, Pacific.

You can listen to the show on Spreaker or Spotify or Apple Podcasts or your favorite source.