Fighting Fascism: The Oath I Took and the Wrongness of an Obscure Law Professor 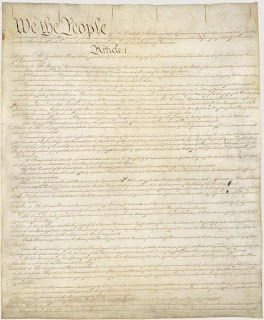 Some time ago I swore an oath:


“I, Mark Tempest, do solemnly swear that I will support and defend the Constitution of the United States against all enemies, foreign and domestic; that I will bear true faith and allegiance to the same; that I take this obligation freely, without any mental reservation or purpose of evasion; and that I will well and faithfully discharge the duties of the office on which I am about to enter. So help me God.” 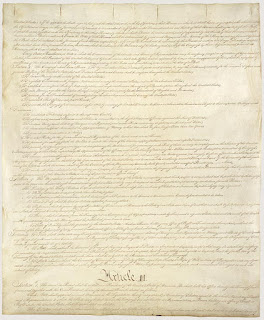 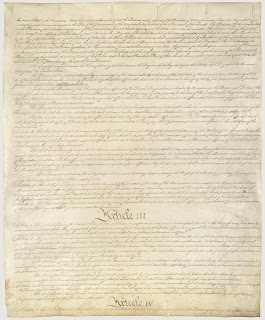 Over the years, I have had the privilege to take the Texas Lawyer's Oath:


"I Mark Tempest do solemnly swear that I will support the constitution of the United States, and of this State; that I will honestly demean myself in the practice of the law, and will discharge my duties to my clients to the best of my ability. So help me God."

The North Carolina Oath of Office as Attorney at Law: 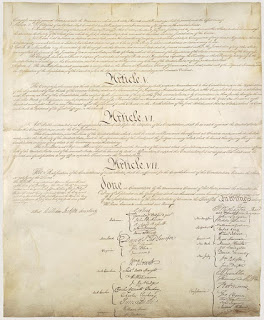 be faithful and bear true allegiance to the State of North Carolina and to the Constitutional powers and authorities which are or may be established for the government thereof; and that I will endeavor to support, maintain and defend the Constitution of said state, not inconsistent with the Constitution of the
United States, to the best of my knowledge and ability; so help me God.
I, Mark Tempest, do swear that I will truly and honestly demean myself


So it really frosts me when a law professor, a molder of young legal minds, suggests something that is just so wrong as, "Let’s Give Up on the Constitution" in the name of some form of political expediency:


As the nation teeters at the edge of fiscal chaos, observers are reaching the conclusion that the American system of government is broken. But almost no one blames the culprit: our insistence on obedience to the Constitution, with all its archaic, idiosyncratic and downright evil provisions. 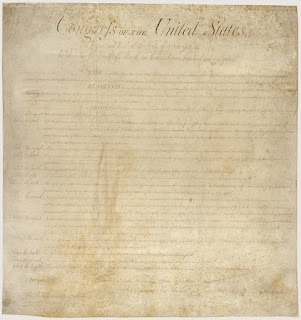 Well, Professor Seidman, I may be a little ole practicing attorney far removed from the halls of academia, but I know this - far better men than you will ever be have died defending that Constitution you find archaic and, in part, "downright evil." When you write:


As someone who has taught constitutional law for almost 40 years, I am ashamed it took me so long to see how bizarre all this is. Imagine that after careful study a government official — say, the president or one of the party leaders in Congress — reaches a considered judgment that a particular course of action is best for the country. Suddenly, someone bursts into the room with new information: a group of white propertied men who have been dead for two centuries, knew nothing of our present situation, acted illegally under existing law and thought it was fine to own slaves might have disagreed with this course of action. Is it even remotely rational that the official should change his or her mind because of this divination?

I am agog with the pure simple idiocy - dangerous idiocy at that- of a man who claims to have taught "constitutional law for almost 40 years."

While the path we take by having a Constitution means we follow an often winding trail to reach the right result, that path has put an end to slavery, has put an end to most forms of racial discrimination (even when, after careful consideration the Supreme Court found that "separate but equal" was just fine), has put an end to the seemingly "considered judgment" that provided for anti-miscegenation laws, has put an end to forced sterilization of "undesirables," has provided indigents with legal representation, has opened the vote to women and has led to a million other things that make us what we are - the beacon of hope in a world filled with dictators, absolute monarchs and others, who often have made "a considered judgment that a particular course of action" was best for their country and that led to horrible crimes against humanity.

It was a "government official" (or perhaps a gaggle of them) that decided on a "considered" solution to the Jewish problem in Germany. It was a "government official" who decided that internment camps for Japanese citizens and legal residents in this country was a necessary course of action. As you note, "John Adams supported the Alien and Sedition Acts, which violated the First Amendment’s guarantee of freedom of speech." Was he acting on a "considered judgment?"

Yes, it is a slow and often ponderous process to get things right.

What you offer up instead is - what? The belief in some sort of "good neighbor" policy that, untied from the Constitution, will allow us to "respect" the institutions of our government based on "tradition?" When you write:


This is not to say that we should disobey all constitutional commands. Freedom of speech and religion, equal protection of the laws and protections against governmental deprivation of life, liberty or property are important, whether or not they are in the Constitution. We should continue to follow those requirements out of respect, not obligation.

Nor should we have a debate about, for instance, how long the president’s term should last or whether Congress should consist of two houses. Some matters are better left settled, even if not in exactly the way we favor. Nor, finally, should we have an all-powerful president free to do whatever he wants. Even without constitutional fealty, the president would still be checked by Congress and by the states. There is even something to be said for an elite body like the Supreme Court with the power to impose its views of political morality on the country.

What would change is not the existence of these institutions, but the basis on which they claim legitimacy . . .

What you are proposing seems a fantasy of a law professor too long stuck in academics and frustrated with the rough and tumble world of real people.

Is the Georgetown faculty lounge such a civil place to serve as a model for the rest of society?

No, Professor, take your pipe dream elsewhere. Those of us who take our oaths to support and defend the Constitution seriously may argue for improvements to our Constitution and for a more prudent Congress to argue and pass laws that will sustain Constitutional challenge, but we stand by the Constitution and its amendments and the genius of the idea it represents.

What we fear, sir, is someone like you - well-meaning but totally wrong - trying to govern by "a considered judgment that a particular course of action is best for the country." 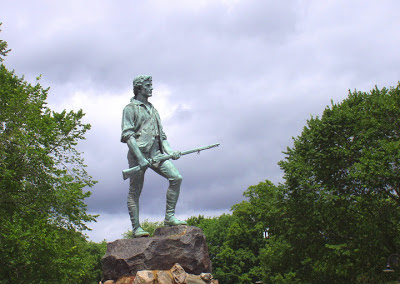 No, Professor, no thanks to your vision of the United States unfettered by the Constitution.

You know, if I hadn't taken all those oaths, I might be tempted to laugh at your thoughts - sort of like laughing at the Emperor who bought that new "special" suit, I suppose.

Let me leave you with a couple of things: