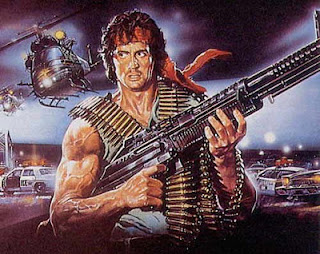 Prime Time U.S. Rep. Charles Rangel, who served in the Korean War in the 1950's, has once again raised the idea of bringing back the draft - this time arguing for "equality" ( in terms of who will face the risk of death in combat, I guess)in a CNN piece, "A more equal military? Bring back draft". He writes:


Since January 2003, at the height of the debate on the possible unilateral strike against Iraq, I have advocated for a reinstatement of the military draft to ensure a more equitable representation of people making sacrifices in wars in which the United States is engaged.
***
Currently the burden of defending our nation is carried by less than 1% of the American population. The 2.2 million members of the armed forces in active duty, the National Guard and the Reserve have become a virtual military class that makes the ultimate sacrifice of laying down life and limb for our country. As a result of high combat exposure, combined with multiple deployments, we have seen unprecedented incidences of veterans with post-traumatic stress disorder, traumatic brain injury and veterans committing suicide.

While our founding fathers had some serious concerns about the existence of a "standing army" the de-professionalizing of the military is, as I have said every time this idea is brought up by Rep. Rangel, a really bad idea.

An excellent take down of the idea is set out here, which hits the key points.

Before you move on, though, contemplate for a second this part of the Rangel piece:


As a result of high combat exposure, combined with multiple deployments, we have seen unprecedented incidences of veterans with post-traumatic stress disorder, traumatic brain injury and veterans committing suicide.

Explain to me how a draft of unwilling warriors will stop that problem?

People exposed to combat may get wounded and suffer other damage regardless of how they joined the service.

Rangel seems to believe that having a conscripted military can serve as a brake on military adventurism by the executive branch. You know, it seems to me that under our Constitution, Congress has other ways to reign in the executive, if Congress would do its job.

More than that, however, is the part of the Rangel piece is his "Universal National Service Act" that mandates service:

(a) Obligation for Service- It is the obligation of every citizen of the United States, and every other person residing in the United States, who is between the ages of 18 and 25 to perform a period of national service as prescribed in this title unless exempted under the provisions of this title.

(1) as a member of an active or reserve component of the uniformed services; or

(2) in a civilian capacity that, as determined by the President, promotes the national defense, including national or community service and service related to homeland security.

All men and women in a certain age group?

Only about 25%
can currently meet the requirements to for military service.

What are we going to do with the other 75%? Can you say "make work?" Who the heck is going to watch them? Will it be like a prison camp? Or Club Fed? Bring back the CCC (which was voluntary, by the way)?

Say "no" to involuntary servitude.

Email ThisBlogThis!Share to TwitterShare to FacebookShare to Pinterest
Labels: The Draft