The condition that brought us to the series of events in WESTPAC in 2017 did not happen overnight. They did not happen in one PCS cycle, or under one command climate. Layer by layer from many sources, it took time to get to where we found it. 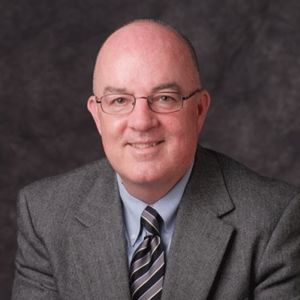 what is now generally accepted as a systemic failure of a "new normal" will be J.C. Harvey, Jr., Admiral USN (Ret.).

Admiral Harvey retired from the Navy in November, 2012 after serving as the Commander, U.S. Fleet Forces Command, in Norfolk, Virginia.

In his 39 year Navy career, he specialized in naval nuclear propulsion, surface ship & Carrier strike-group operations & Navy-wide manpower management/personnel policy development. He served in a variety of operational command positions at sea, as the Navy’s Chief of Naval Personnel (the senior uniformed human resources official in the Navy) & as the Director, Navy Staff immediately prior to commanding U.S. Fleet Forces.

Since his retirement, Admiral Harvey has joined the Board of Directors of the Navy Memorial Foundation, where he currently serves as Chairman of the Board, & serves as an Outside Director of AT Kearney, PSDS.

On 12 January, 2014, he was sworn in as a member of Governor McAuliffe’s cabinet where he served as the Commonwealth’s Secretary of Veteran & Defense Affairs until 31 August, 2017.

A few months later, he joined the Institute of Defense Analyses as the Director, Strategy, Forces & Resources Division.

Born and raised in Baltimore, MD, Admiral Harvey is a graduate of the Phillips Exeter Academy, the US Naval Academy & the John F. Kennedy School of Government, Harvard University.