Energy Wars: Fracking Our Way Ahead


By lessening our dependence on foreign sources of oil and gas, the shale boom has given us more options abroad, and in some cases . . . has given America more clout in diplomatic standoffs.

Almost all of this "shale boom" has occurred, by the way, by private companies working their "magic" on private property - in many cases with local or regional opposition to this development. 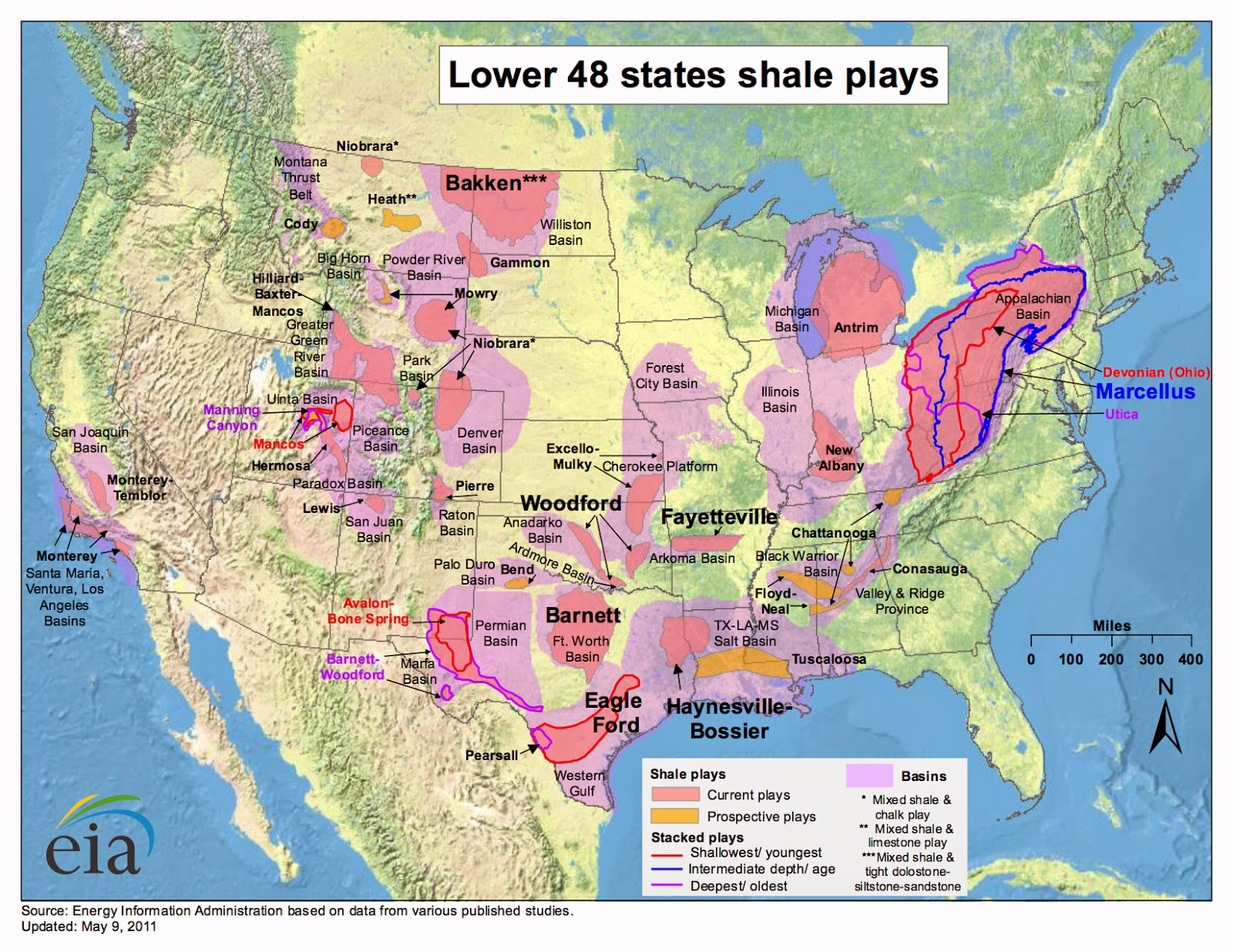 Interesting look at the U.S. development of its resources from Aljazeera "American power and the fracking boom: What impact will America's oil and gas boom from fracking have on US power and global geopolitics?":


Fracking is giving rise to a new energy abundance in the United States that has major implications for American policy in the Middle East and the debate over climate change. Over the past five years, daily oil production in the US increased 3.7 million barrels, while US net imports of oil dropped 44 percent. A revolutionary technique to tap into oil and gas reserves by drilling horizontally into underground shale formations and using liquids pumped at high pressure to open cracks in the rock, fracking is reshaping the contours of American power.
***
For the past 35 years, securing access to Persian Gulf oil and protecting the shipping lanes to keep it flowing has been a central tenet of American military policy. It is known as the Carter doctrine because President Jimmy Carter first enunciated the commitment in his 1980 State of the Union address.

Historian and author Andrew Bacevich hopes that the shale oil and gas boom from fracking will cause a strategic rethinking of the Carter Doctrine in the United States. "What the new energy regime could do would be to make it clear that the United States does have choices and one of those choices will be to lower our profile in the Middle East more broadly and in the Persian Gulf specifically," he says.
***
According to Jeppe Kofod, a member of the European Parliament and representative from Denmark to the NATO Parliamentary Assembly, about one-third of US military spending, or about $200bn a year, can be linked to efforts to keep oil flowing.
***
. . . President Barack Obama and administration officials emphasise that the US commitment to safeguarding access to Middle Eastern oil will remain strong despite America’s shrinking reliance on imports from the region. In a speech at the United Nations last year, Obama said that the US is prepared to use military force, “to ensure the free flow of energy from the region to the world. Although America is steadily reducing our own dependence on imported oil, the world still depends on the region's energy supply."
***
Anti-fracking activists are trying to prevent the construction of terminals and pipelines needed to transport and export natural gas and oil. Robbie Cross, a member of a local group trying to stop fracking in Pennsylvania, is clear about the rationale. "After you frack it has got to go somewhere," he says. "If we don’t have ways of moving it, selling it, distributing it, it’s not going to work."
***
Richardson and other proponents of shale exports argue that they can be used as effective instruments of American power to counter the Russians in Europe. The Continent relies on Russia for 30 percent of its gas supplies, and half transits via the Ukraine. Some countries like Hungary, Poland and the Czech Republic get 70 to 100 percent of their gas from Russia. Hungary’s ambassador–at-large for energy security, Anita Orbán, argues that American exports of natural gas to Europe can help diversify supplies and undermine Russia’s energy leverage there even if the flow does not begin for a few years. (emphasis added)

The impact of fracking on China is discussed in the country that uses the greatest percentage of coal in the world, China, in this Atlantic article, America's Fracking Boom Comes to China: Deep inside Beijing's campaign to wean the country off coal . 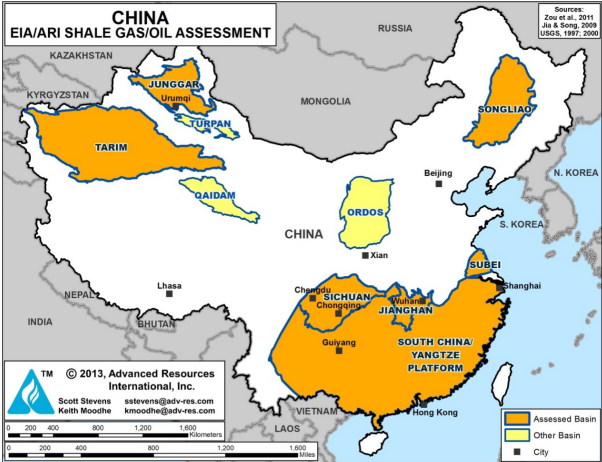 What the EIA says:


Most of China's proven shale gas resources reside in the Sichuan and Tarim basins in the southern and western regions and in the northern and northeastern basins. EIA estimates from its most recent report on shale oil and gas resources that China's technically recoverable shale gas reserves are 1,115 Tcf, the largest shale gas reserves in the world.
***
China's NOCs are in discussion with several IOCs for partnering on potential shale gas projects in order to gain necessary technical skills and investment for developing these geologically challenging resources. CNPC and Shell signed the first PSC for the Fushun-Yonghchuan block of shale gas in the Sichuan Basin in March 2012. Shell also has partnered with Sinopec and CNOOC on two other shale gas plays. After investing $950 million between 2011 and 2013 on shale gas exploration in China, Shell plans to spend another $1 billion each year for the next five years to develop these resources. Sinopec is working with Chevron and ConocoPhillips to explore shale gas resources in the Qiannan and Sichuan basins, respectively. On the reverse side, Chinese NOCs have been actively investing in shale oil and gas plays in North America to gain technical expertise in this arena. (NOC=National Oil Company, IOC= International Oil Company)


It's interesting that people who have previously argued that we should not fight "wars for oil" in our own national interest are willing (1) to commit our national forces and dollars to possibly fighting "wars for oil" for the interests of other countries and (2) that people who who are opposed to U.S. fracking on environmental grounds seem to be totally okay with the status quo of pushing environmental damage off to those second and third world countries who are resource rich but not in the protesters back yards - and condemning others in the world to be dependent on the whims of leaders in Russia and other undemocratic countries. 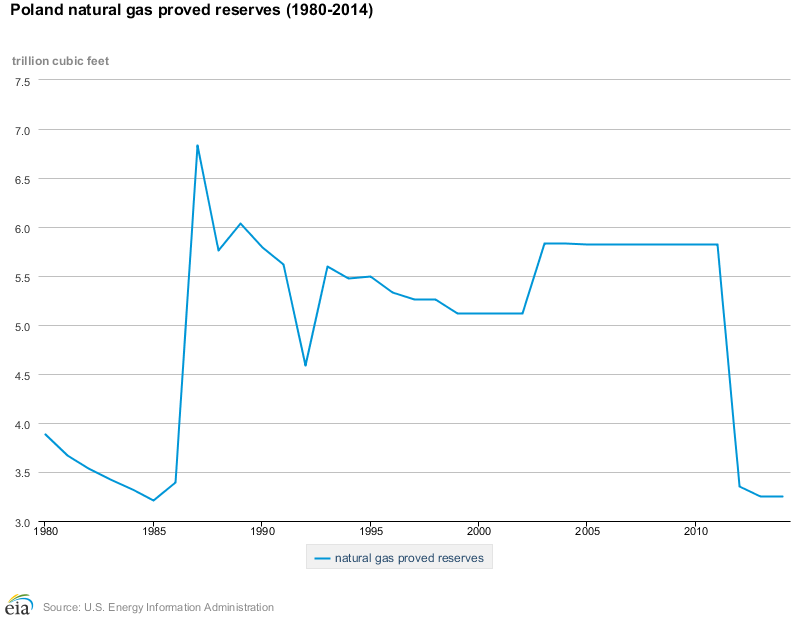 Given the huge amount of pollution created by the use of coal by China (about 50% of the world's use) - see China's coal emissions responsible for 'quarter of a million premature deaths', it is to the benefit of the entire world that China be given all the assistance it needs to wean itself from coal and to develop its access to those much cleaner burning natural gas reservoirs.

It also behooves Europe and Japan that the U.S., Canada and Mexico develop LNG export facilities to allow the export of natural gas to offset the Russian and Iranian power in using the "oil and gas weapon" against Europe.