Several times in the past I have put up information about what causes death in the United States (see here and here).

First, here's the latest info from the CDC about the COVID 19: 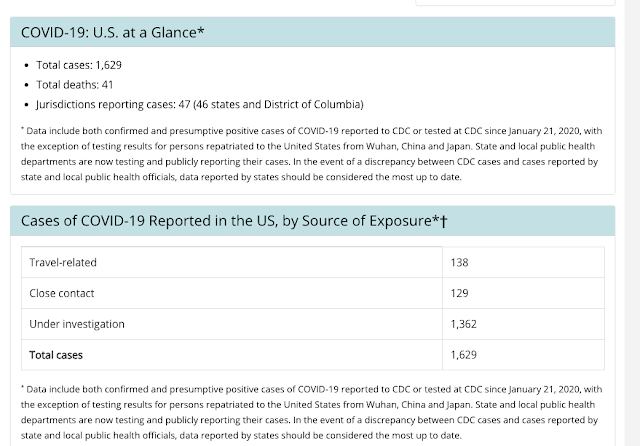 Second, from here, odds, by age, of corona virus death: 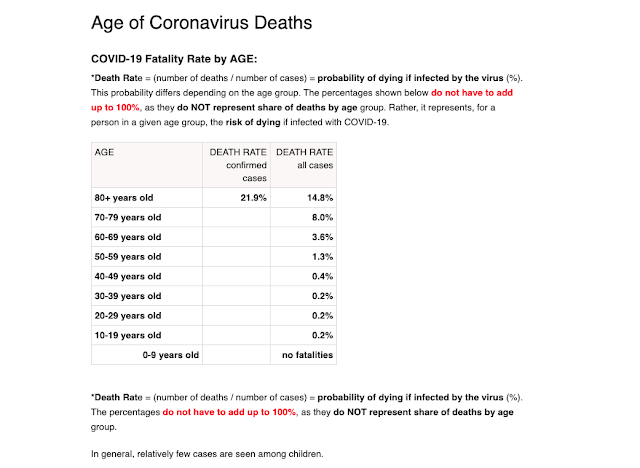 Want more interesting age - related info? What about a correlation between age and death in car crashes? From here:

This Research Brief provides updated statistics on rates of crashes, injuries and death per mile driven in relation to driver age based on the most recent data available, from 2014-2015. Drivers ages 16-17 continue to have the highest rates of crash involvement, injuries to themselves and others and deaths of others in crashes in which they are involved. Drivers age 80 and older have the highest rates of driver deaths. Drivers ages 60-69 were the safest drivers by most measures examined.

What about cancer? From here: 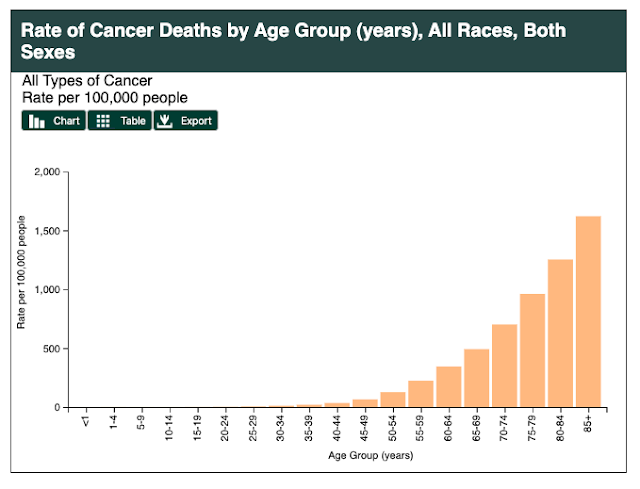 
About 82 percent of people who die of coronary heart disease are 65 or older. At older ages, women who have heart attacks are more likely than men to die from them within a few weeks.


It has been recognized for many years that people 65 years and older are at high risk of developing serious complications from flu compared with young, healthy adults. This is in part because human immune defenses become weaker with increasing age. While flu seasons can vary in severity, during most seasons, people 65 years and older bear the greatest burden of severe flu disease. In recent years, for example, it’s estimated that between about 70 percent and 85 percent of seasonal flu-related deaths have occurred in people 65 years and older, and between 50 percent and 70 percent of seasonal flu-related hospitalizations have occurred among people in this age group. So, influenza is often quite serious for people 65 and older. 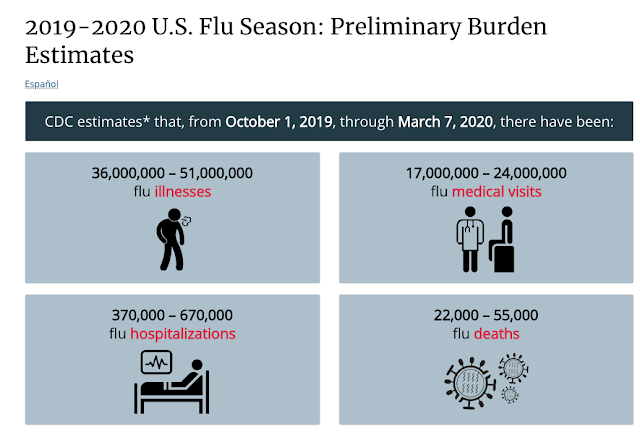 
So, what's the point? It's tough being old, especially if you have done things in life that screw up your respiratory system, or are otherwise in an "at risk" population (diabetic, obese, etc).

Right now I would be more concerned about getting the flu or driving a car.

Ultimately, of course, getting old eventually is 100% fatal.

Email ThisBlogThis!Share to TwitterShare to FacebookShare to Pinterest
Labels: Fun with Numbers, Getting Old IS Almost 100% Fatal, Things that will kill you