Disaster Prep Wednesday: Things that will kill you

The Federal Center for Disease Control keeps track of how Americans die and from what causes, including Ten Leading Causes of Death and Injury. Among their charts and graphs is one titled, "Causes of Injury Death: Highlighting Unintentional Injury:" 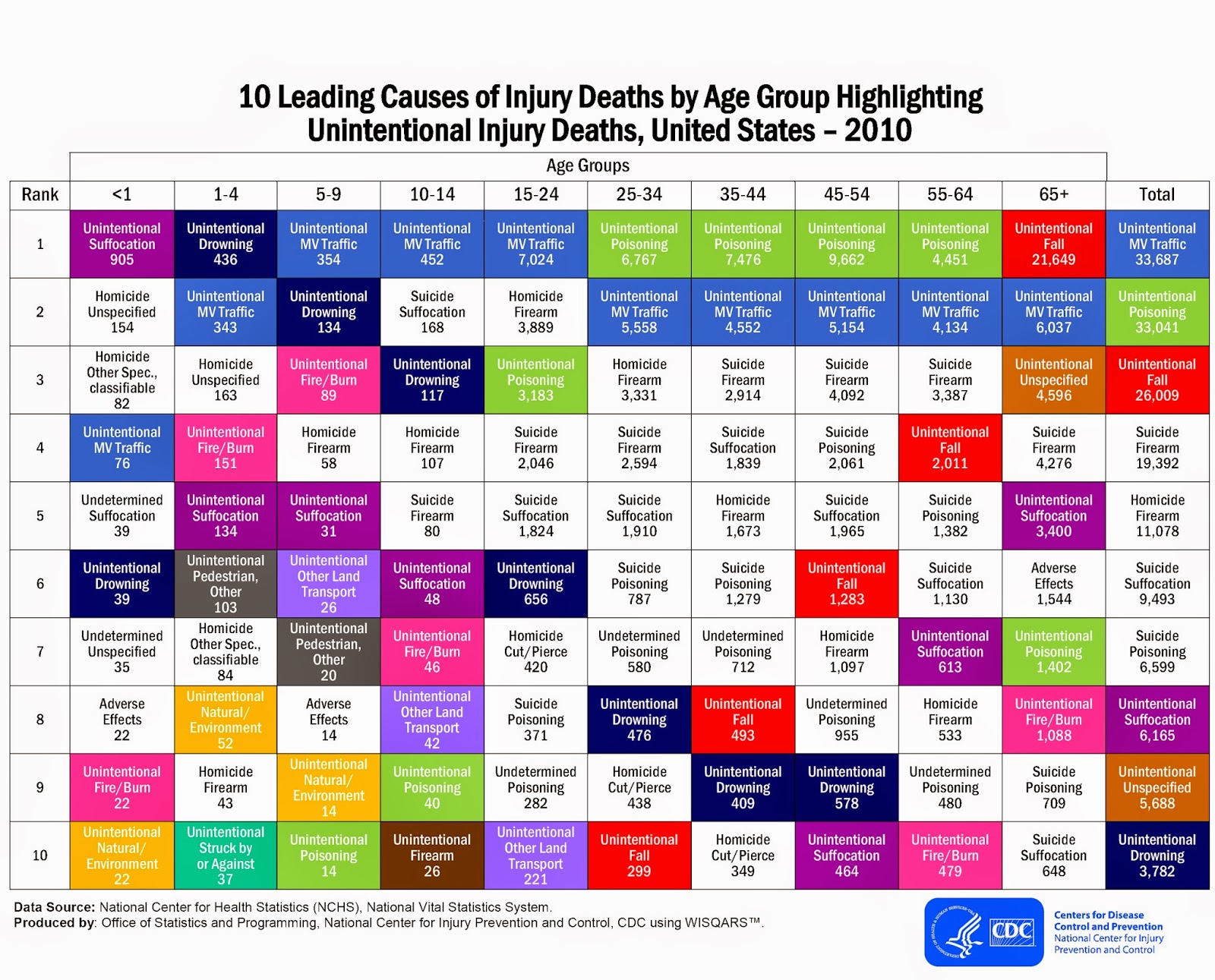 Those blue boxes are death related to motor vehicles, which are, as you can see, the #1 or #2 cause of death for all age groups except the under 1 year category. "Unintended poisoning" (green boxes) is #1 or #2 in 5 of the age groups and is discussed by the CDC here:


Deaths from drug overdose have been rising steadily over the past two decades and have become the leading cause of injury death in the United States. Every day in the United States, 105 people die as a result of drug overdose, and another 6,748 are treated in emergency departments (ED) for the misuse or abuse of drugs. Nearly 9 out of 10 poisoning deaths are caused by drugs.

As for those motor vehicle deaths, alcohol plays a big role: 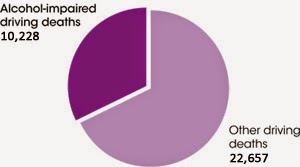 
- Teens are more likely than older drivers to underestimate dangerous situations or not be able to recognize hazardous situations.
- Teens are more likely than older drivers to speed and allow shorter headways (the distance from the front of one vehicle to the front of the next). The presence of male teenage passengers increases the likelihood of this risky driving behavior.
- Among male drivers between 15 and 20 years of age who were involved in fatal crashes in 2010, 39% were speeding at the time of the crash and 25% had been drinking.
- Compared with other age groups, teens have the lowest rate of seat belt use. In 2011, only 54% of high school students reported they always wear seat belts when riding with someone else.

So, why is this relevant to "disaster prep?"

Just a reminder that things you take for granted - like driving - can be hazardous,  especially as summer comes and that road trip beckons. Use your seat belts and make sure everyone in the car is buckled in. Don't drink and drive. You have to live to survive disasters.
Posted by Mark Tempest at 5/28/2014 09:59:00 AM

Email ThisBlogThis!Share to TwitterShare to FacebookShare to Pinterest
Labels: Disaster Prep Wednesday, Things that will kill you