Sunday Ship History: Voyage of USS Enterprise - Survey of the Amazon in 1878 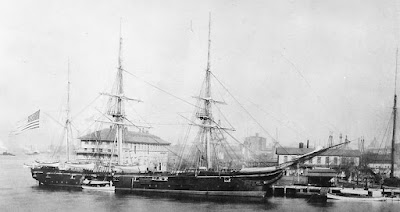 This resumption of Sunday Ship History posts begins with Commander Thomas Selfridge taking the 1874 version of USS Enterprise into the Amazon basin in 1878 and his report to the Secretary of the Navy, which can be found at the U.S. Navy's Naval History and Heritage website at Survey of the Amazon- Selfridge 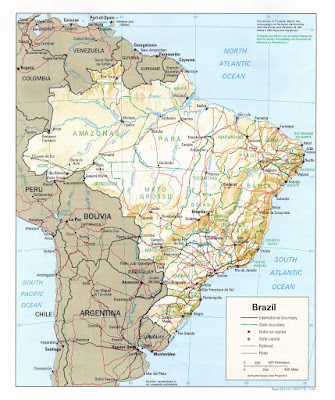 ...No nation is more directly interested in the prosperity of Brazil than ourselves. Our geographical situation brings us nearer than Europe, and her coffee, sugar, and raw products of the forest we need in exchange for the manufactures and food we can furnish to her agricultural population. * * *

In 1867 Brazil declared the Amazon open to the commerce of the world. But there is not much inducement to take advantage of this liberality, for the present steam tonnage is too large for a profitable business; and so far from being an opening to the flags of foreign nations, it is my opinion that some of the present force will have to be withdrawn unless the railway project around the falls of the Madeira proves a success.

Though generally known under the sole name of Amazon, this magnificent river, at least twice the size of any other in the world in volume, not excepting the Mississippi, is locally divided into three parts under different names. The Amazon proper extends to its juncture with the Negro, near Manaos, the capital of Amazonas, 874 miles from the sea. From this point to the Peruvian frontier at Tabatinga, 1,000 miles away, it is known as the Solimocus and in Peru as the Maranon. Either of its two large tributaries in Peru, the Ucayali or the Huallaga might lay claim in size to be the parent river, but at Nauta the junction of the Ucayali and Maranon Rivers, it becomes then immeasurably and incomparably the peer of all others. As far as the function of the Tio Negro it is navigable for a line-of-battle ship at all seasons of the year. There is, however, one point about 10 miles below the Negro where a ledge or rocks extends across, on which it is said there is found but 18 feet of water at extreme low water, but I doubt the accuracy of it, for at the time I passed over this spot there was a depth of 36 feet. 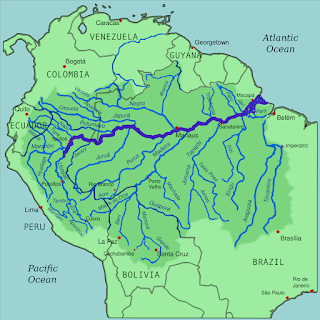 It has been shown time and again that the United States is the commercial ally of brazil. We can furnish everything the country requires, and as cheaply and of better quality than those of Europe. But the entire lack of facilities has turned the channel of trade completely from us. It is estimated that on an average there is at least an arrival of one steamer a day in Brazil from England.

It is vitally necessary, if the United States will take its share of the foreign business of Brazil, to create avenues of trade by which such will flow to our shores.

These are first of all a well-established steam line, with feeders to different ports. Such line must in its infancy be fostered by the government in order to compete with the old established European lines, until the trade directed by them to our country will enable them to take care of themselves.

There should be direct telegraphic communication between the two countries. To the energy of our own countrymen we are indebted for the first successful Atlantic cable, and why cannot one be laid to Brazil?

A bank through which exchanges could be favorably made is also very necessary for the easy flow of commerce.

I would strongly urge upon those American firms that manufacture or sell goods required by Brazil that they should act in concert, and establish sample houses in the important centers of trade. They should be represented by enterprising agents, speaking the language and acquainted with the wants of the country. Such should be encouraged by liberal commissions rather than salaries.

Our products can better be introduced in this manner through native houses than by attempting to establish large concerns in rivalry with them. But especially it must be remembered that steam communication is absolutely necessary first of all, no matter how high and excellent our manufactories may be.

All of which is a reminder of one of the great missions of a strong navy - to visit other countries, show the flag, and share knowledge. Or, as a fictional Enterprise had it, "To seek out new life and new civilizations. To boldly go where no one has gone before!"