One of the interesting aspects of the Vietnam War was the substantial naval effort to stop the sea transport of arms and other material to enemy forces in South Vietnam. This effort include aircrat, naval and Coast Guard vessels. As set out in Operation Market Time it was largely successful in cutting off the supply from the sea.

The Navy established Operation Market Time (March 1965-1972) to prevent North Vietnamese ships from supplying enemy forces in South Vietnam by sea. The Coastal Surveillance Force (Task Force 115) used a system of three barriers to patrol the South Vietnamese coast. Patrol aircraft covered the outermost barrier to identify, photograph, and report suspicious vessels and U.S. Coast Guard cutters stopped and searched cargo vessels in the middle barrier forty miles off the coast. The South Vietnamese Navy, the Junk Force, and U.S. Navy Patrol Craft Fast (PCF( Swift boats cruised the coastal waters of the inner barriers. By 1968, these forces stopped virtually all seaborne infiltration from North Vietnam to South Vietnam. The blockade forced the North Vietnamese to rely on the Ho Chi Minh Trail and the Cambodian port of Sihanoukville to transport supplies to the Viet Cong.

A longer history and analysis of Market Time can be found at the U.S. Navy History and Heritage Command here in a paper prepared by Judith C. Erdheim of the Center for Naval Analysis in 1975. That report follows below.

And a look at the U.S. Coast Guard involvement:

Update2: A 1970 fight between Market Time wooden hulled U.S. Navy minesweeper USS Endurance (MSO-435) and a metal hulled NV trawler in the "Sea Battle off the Cua Co Chien River" as depicted by Richard DeRosset as used in part as the cover illustration for David Bruhn's Wooden Ships and Iron Men: The U.S. Navy's Ocean Minesweepers, 1953–1994: 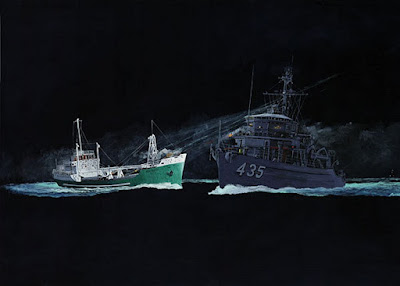 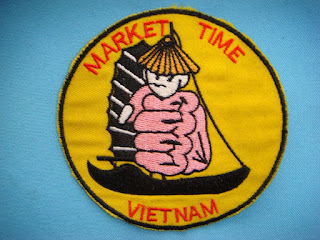