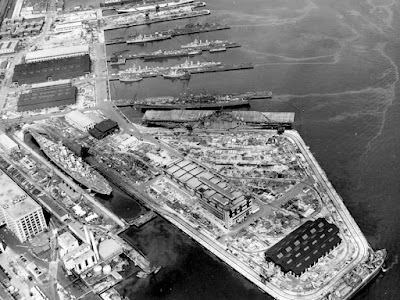 From Brent Sadler and Jackson Clark at Heritage -Beijing’s Window To Attack Taiwan Comes Sooner Than Plans To Rebuild the U.S. Navy

China is flying missiles over Taiwan and into Japanese waters, in just another sign that Beijing may be closer to trying a military takeover of Taiwan than most believe. Given how long it takes to build modern warships, the U.S. needs to start building now if it is to have the fleet needed to deter Chinese aggression.

Read the whole thing (it just takes a few minutes).

Photo is of Boston Navy during WWII.