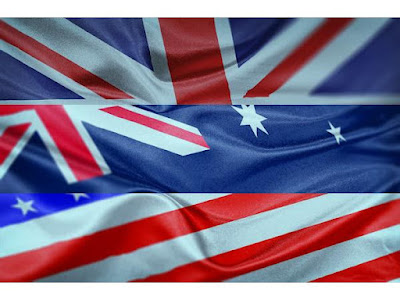 Please join us at 5pm EDT on 25 September 2022 for Midrats Episode 636: AUKUS at 1-year, with Alessio Patalano

In September of last year, the national security story was the announcement of AUKUS - trilateral security pact between Australia, the United Kingdom, and the United States. Though the Russo-Ukrainian War quickly took it from headlines, it is still moving forward - and in ways you may not expect.

These three Anglosphere nations have a long cultural, diplomatic, economic, and military history together - so many of the building blocks are already there to make something impressive.

Using his recent article in the Australian Strategic Policy Institute as a starting off point, our guest for the full hour returning to Midrats this Sunday will be Dr. Alessio Patalano.

Alessio is Professor of War & Strategy in East Asia and Director of the King’s Japan Programme at the Centre for Grand Strategy at the Department of War Studies (DWS), King’s College London (KCL). Prof Patalano is a Fellow of the Royal Historical Society (FRHistS), Adjunct Fellow at the Institute of Contemporary Asian Studies, Temple University Japan, a Visiting Professor at the Japan Maritime Command and Staff College (JMCSC) and a Senior Fellow at the highly influential think tanks Policy Exchange and the Royal United Services Institute (RUSI). In 2022, he also became fellow at the Royal Navy Centre for Strategic Studies, and Sir Herbert Richmond Fellow in Maritime Strategy at the Council on Geostrategy.