The U.S. Office of Naval Research is, among other things, trying some interesting ideas in looking toward the fleet of the future and the strategies it may employ. For instance, using the case of fighting Somali pirates as a jumping off point for testing "cloud" cooperation, as set out in this ONR press release, To Help Combat At-Sea Piracy, ONR Recruits Defense Community for Online Wargame : 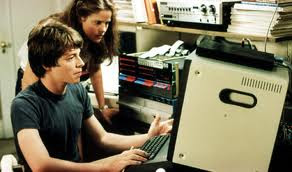 The Office of Naval Research (ONR) intends to launch on May 16 a new Internet wargame, recruiting a community of more than 1,000 players to collaborate on solving real-world problems facing the Navy.

Scheduled to run for three weeks, the Massive Multiplayer Online Wargame Leveraging the Internet (MMOWGLI) exercise will recruit online players from across the government to suggest ways of combating piracy off the coast of Somalia.

“MMOWGLI is an online game designed to find and collectively grow breakthrough ideas to some of the Navy's most complex problems--those 21st-century threats that demand new forms of collaboration and truly outlying ideas,” said Dr. Larry Schuette, ONR’s director of Innovation, whose office is managing the project.

The piracy scenario was chosen as a means to demonstrate the platform, but MMOWGLI itself can be applied to any scenario, officials said.

ONR intends to produce varying results from a diverse group of players drawn from the ranks of academia, defense, and government and nongovernment organizations. The plan is for MMOWGLI to identify solutions to difficult challenges by tapping into the intellectual capital of a broader community.

“We hope MMOWGLI will help us to understand what happens when your insights are combined with the observations and actions of another player,” Schuette added. “Will that fusion result in a game-changing idea or solution, or will the MMOWGLI platform teach us something about our traditional thought processes?”

For the pirate-specific trial, I wonder how many "successful" strategies will involve not letting the pirates get to sea with their weapons and ladders?How many will involve an invasion of Somalia or a long, slow wait for some sort of civilization to assert itself over that failed land? Is there a "patience" meter?

I wonder how the game deals with alleged "allies" who show up to wave their national flag, but who don't really do anything meaningful to address the pirate issue?