On the LCS: Learning Curve Completion Too Costly

Now, for some fun quotes from the Defense News piece:


The LCS, according to the assessments, is not able to fulfill most of the fleet missions required by the Navy’s primary strategy document . . .

Equipped with a surface warfare or maritime security mission package, the ships were judged capable of carrying out theater security cooperation and deterrence missions, and maritime security operations, such as anti-piracy.

But the LCS vessels cannot successfully perform three other core missions envisioned for them — forward presence, sea control or power projection missions — and they can provide only limited humanitarian assistance or disaster relief operations, sources said.

A key LCS failure identified by the OPNAV report, sources said, is its inability to effectively defend against anti-ship cruise missiles (ASCMs), a weapon carried by hundreds of small, fast-attack craft operated by virtually all potentially hostile navies. These weapons include C-801 and C-802 Chinese missiles, Russian SS-N-2 Styx missiles, European weapons such as the Otomat and Exocet, and U.S.-made Harpoon missiles.

Navies that can launch ASCMs include those of China, North Korea, Iran and Syria. The weapons have taken on an added dimension since 2006, when the Israeli corvette Hanit was hit by a C-802 launched by a Hezbollah shore battery in Lebanon. humanitarian assistance or disaster relief operations, sources said.
***
Rowden also has asked the Naval Sea Systems Command (NAVSEA) to study replacing the 57mm gun on both LCS designs with a 76mm weapon, similar to the weapon on today’s frigates.
***
The trouble with that weapon is that it can fit on Freedom LCS 1-class ships, but not on the narrow bow of the trimaran Independence LCS 2-class. “I don’t know if we can get it on both hulls,” Rowden acknowledged.

Now, let me pose a question to you. Suppose you had a choice of going to sea in a ship capable of "carrying out theater security cooperation and deterrence missions" (it can float!) and "maritime security operations, such as anti-piracy" (it can carry a RHIB, s security team and some machine guns and take on guys bobbing about in open boats carrying Ak-47's) or a cruiser or destroyer or even an amphibious ship capable of carrying lots of helicopters and Marines -- which vessel would you pick to go into harm's way and further the national security interests of the U.S.?


Which vessel - a job, I have previously suggested could also be done by converted offshore oil service boats at much less cost).

In fact, I doubt if the converted offshore boats could survive an ASCM attack either, but at least they don't cost $400,000,000 each.

Now, let me address a point my friend Galrahn makes in his post:


24 Littoral Combat Ships has always been a reasonable number for moving the most important concepts of the LCS down the road - like learning lessons about smaller crews, developing interchangeable (modular) payload system interfaces, understanding operational and deployment capacities with smaller ships with small crews, getting the training right for ships with rotational crews, and getting a solid understanding of what the operational challenges are when fielding distributed unmanned systems networks at sea.

I disagree with the need to spend additional tax payer money on these LCS ships to "move concepts" or gain the understandings he describes. The U.S. Navy has operated smaller ships with small crews for a couple of hundred years. The entire minesweeper fleet consisted of small, minimally manned crews and, in recent years, there have been "rotational" crewing of such ships. Where the hell are the "lessons learned" from those operations? Why do we need to spend 24 x $300,000,000 to scratch that itch again? I will bet that any former 'sweep CO will be full of useful suggestions on those concepts. 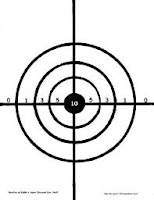 24 LCS hulls is going to be nearly 10% of the fleet of the future. Would you like to send your sons or daughters to sea in a "combatant" that is under-gunned, can't defend itself against known threats and may be carrying the wrong "module" at the wrong time? If so, just have them get the tattoo of a target on their foreheads. It will save time.

Further, if you want to demonstrate and play with "distributed unmanned systems networks at sea" - why not rent a fleet of those offshore oil service boats and go out and play all you want for a fraction of the cost of a single LCS?

No, there may be a perfect job for a vessel like the LCS, but building a couple of dozen is not the way to look for it. Warship capability ought to be driven by strategy, and strategy should not be driven by vessel limitations.

John Patch has some ideas for moving forward.