Reining in the Federal Government: "Chief Justice Roberts, You Fox You" 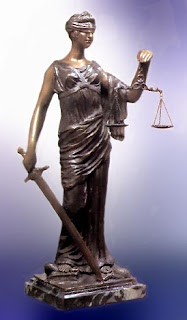 As I wrote earlier, I think that Chief Justice Roberts outwitted the forces pushing "Obamacare."

Here's another voice expressing what I meant, "Chief Justice Roberts, You Fox You" - Emmett Tyrrell:


Firstly, he reiterated two earlier holdings of the Court that ended the expansion of the commerce clause. The expansion of the federal government's reach under the commerce clause is no longer a grave threat to limited government. This offends certain Liberals such as our friends at The New York Times. Well, you win some and lose some, indignados.

Secondly, for the first time since the New Deal, the Court rejected a law for exceeding the spending power of Congress. The Court invalidated the part of Obamacare that gave the federal government the power to coerce state governments to spend money on Medicaid.

Thirdly, the Congress can now tax us for not doing something, but this power is not nearly so dangerous as the power that the Court limited, namely, the commerce power. Laws passed under Congress's power to tax and spend may only take our money. Our recourse against this tax is the same recourse we have been employing since 2009, to wit, mobilizing and going to the polls. In 2010, it led to an historic sweep at the state and federal level. In 2012, the sweep will continue landing Mitt Romney in the White House, where he says he will make repealing and replacing Obamacare his preeminent priority. He can also refuse to enforce the tax by executive order. The next Congress can repeal it using reconciliation to avoid a Senate filibuster if necessary. (emphasis added)

However, the key is to get out the vote and use it to boot out supporters of this awful law.

It is foolish to fault the Court for failing to protect us from the ideologues we allow to be elected to Congress.