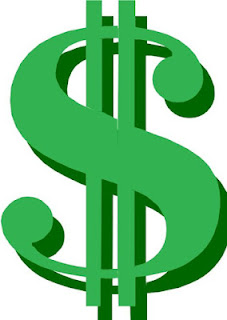 Andrew Samwick is a professor of economics at Dartmouth. While I don't  agree with everything he has to say, I do greatly respect his opinions. One of latest of these is from the Jan 6, 2013 op-ed pages of the NY Daily News: "The fiscal grand canyon", which I suggest you read in its entirety. However, there is this section I wish to highlight (emphasis added):


There are only three ways across the fiscal canyon.

First, we could address the growth in the mandatory outlays directly.

Doubtful. We have had more than 15 years of advisory councils and special commissions studying Social Security reform. All of their recommendations have fallen on deaf ears. With health care, the Congress and Presidents have intervened more often than not to increase spending — on Medicare prescription drug benefits, on Obamacare’s expansions of coverage and in delaying the implementation of the “doc fix.”

With the transition of Baby Boomers from workers supporting these programs to beneficiaries collecting from them, future prospects for reform are even more unlikely.

Second, we could cut discretionary spending to make room for the growth of mandatory outlays. Also doubtful. If Congress and the President lost their nerve to implement the 10% cuts to discretionary outlays that were part of the fiscal cliff, how would they summon the will to do the much larger cuts required to offset the growth of Social Security and Medicare?

Third, we could — drum roll — actually have the courage and fiscal sense to raise revenues to pay for the growth of mandatory outlays. Sadly, the fiscal cliff drama showed how little political will there is in Washington to allow revenues to increase relative to their current levels. All our elected officials could manage was an increase for some of the households with incomes above $400,000 back to levels that prevailed before the Bush tax cuts. Just a drop in the bucket.

My quibbles with the piece include disputing the assumption Professor Samwick makes when he writes about the deficit issue being a " . . . fiscal canyon between the government we all asked for and the government revenue we’re generating to pay for it."

"We all asked for?" I don't remember asking for a lot of the "entitlement programs" - in fact, I specifically argued against "Obamacare," believe Social Security discourages savings and punishes higher income earners (yes, I would get rid of it as currently funded) and believe that the federal income tax should be replaced by the "Fair Tax" so that wage earners get to keep their wages and our economy could boom by getting the IRS/tax law stuff out of the way.

It seems to me that the entitlements issue is not being driven by what "all" of us want or need, but rather what will generate votes for many of those we send off to Congress and the "don't raise taxes" issue covers a chunk of the other elected official - which is why reform is so darn hard and there is this "fiscal grand canyon." However, when nearly 50% of the population is not paying income taxes it does seem that the income tax paying crowd properly might object to losing more of their hard won income to pay for programs that are perpetually demanding more and more (how long, exactly, are we going to wage a "war on poverty?").

So, let's go back to the first point that he dismisses - that " we could address the growth in the mandatory outlays directly." Is he really saying, "It's all the whining that makes this impossible?" Good gosh - time to throw out the wimps in office and get some people in there with more than getting re-elected on their minds.

Email ThisBlogThis!Share to TwitterShare to FacebookShare to Pinterest
Labels: Economy