The New Ensign in the Family 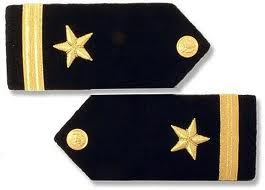 Yes, it has been a few days since I last posted but I plead mitigating circumstances.

Our youngest child was (1) just commissioned as an Ensign in the United States Navy and (2) graduated from the University of North Carolina at Chapel Hill (his brother and I preceded him as Navy ROTC scholarship students at that same fine institution).

Of course, we had a party and dinners and all that. The other 3 kids (and significant others) came to celebrate with their "baby brother." His older brother, now a Lieutenant Commander, did the swearing in honors while my wife and I put on his new shoulder boards and his two sisters presented him with his new cover (that would be his new hat). Good times, lots of happiness.

Before I get back to regular blogging, let me note that all Americans can take pride in the high caliber of the young men and women who just got commissioned. The ROTC grads in my son's class are amazing people.

I wish all these new officers -and all the others joining the Navy, Marine, Air Force, Army and Coast Guard - great things! And I thank them for their eager desire to take up the watch.


I do solemnly swear that I will support and defend the Constitution of the United States against all enemies, foreign and domestic; that I will bear true faith and allegiance to the same; that I take this obligation freely, without any mental reservation or purpose of evasion; and that I will well and faithfully discharge the duties of the office on which I am about to enter. So help me God

Now? Well the older brother is headed to San Diego for his next assignment and the new Ensign will be off for flight school in a couple of weeks. The sisters head back to LA and Chicago.

The house will be quiet again.

Of course,there are all those "honey do" items on the list and that 1968 MGB in the garage awaiting me. Oh, and the mother of those four kids who amazes me every single day.

Email ThisBlogThis!Share to TwitterShare to FacebookShare to Pinterest
Labels: Personal