Criticism of the Littoral Combat Ship: "Oh, you mean that 'old' negative report? That is so a year ago." 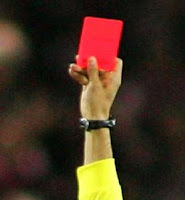 
U.S. Navy leaders have taken to Capitol Hill to defend the Littoral Combat Ship after an internal service report described the next-generation surface ship as “ill-suited to execute regional commander’s warfighting needs.”
****
However, Navy leaders have said it’s unfair to judge the program on a report that is a year old.

What a powerful defense.

Probably should update that report to reflect the raft of new problems. Such as LCS Crew Discovers Seawater in Freedom’s Lube-Oil. A problem which, by the way, the Navy described by stating it is not as bad as it could been:


Navy officials say this kind of malfunction has, on occasion, happened on other ships as well but stressed that no crew members were ever in harm’s way.

“Although the failures are infrequent, it’s not unusual that these pumps would fail from time to time. This was not an incident where there was flooding on the ship or the ship was taking on water. The crew was never in danger,” said Falvo.

I feel so much better for knowing that.

About that "internal report" - see here: 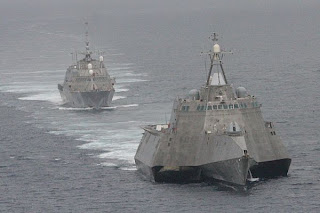 “This review highlights the gap between ship capabilities and the missions the Navy will need LCS to execute,” said the report prepared last year for the Navy by Rear Admiral Samuel Perez. “Failure to adequately address LCS requirements and capabilities will result in a large number of ships that are ill-suited to execute” regional commanders’ warfighting needs.
***
The Perez report also highlights the vessel’s limited combat capability. The Navy has acknowledged that the vessels are being built to the service’s lowest level of survivability, a Pentagon-approved decision that sought to balance cost and performance.

The ship “is not expected to be survivable in that it is not expected to maintain mission capability after taking a significant hit in a hostile combat environment,” Michael Gilmore, the Pentagon’s chief weapons tester, said in a January report.

Even in its surface warfare role, when all armaments are working as intended, the vessel “is only capable of neutralizing” small, fast-attack boats and it “remains vulnerable to ships” with anti-ship cruise missiles that can travel more than five miles (8 kilometers), according to the Perez report. Iran has 67 such vessels, according to a chart in the report.

The Littoral Combat Ship is “ill-suited for combat operations against anything but” small, fast boats not armed with anti-ship missiles, the Perez report found.

Of course, our shipmate CDR Salamander is all over this.

The Perez report is not the first "negative vibe" re the LCS. A good piece (which may be behind the USNI Proceeding "member's only" wall is "Birth of the Littoral Combat Ship" by Capt. Robert Carney Powers, USN (Retired) :


It has taken 17-plus years since the LCS concept was born to come up with a flawed ship. What must go to accommodate the systems needed to make it relevant to its tasks? The LCS is, after all, a 3,000-ton ship (much larger than a World War II destroyer escort, and three-fourths the size of a Perry - or Knox -class frigate). The space for needed capability can be found.

As currently configured (weapons, manning, concept), is the LCS up to the tasks it could soon face (in the Strait of Hormuz and elsewhere)? The answer is regretfully “no.”

Is the LCS fit to be “the most numerous ship in the U.S. Navy?” Same answer. 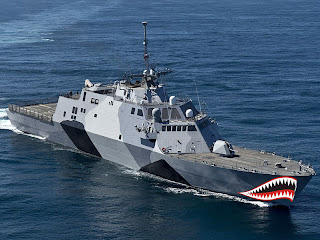 Ah, yes, we are going to put sailors into ships that can't do the job, you know, unless we were suddenly attacked by war canoes.

Perhaps if we paint scary shark's teeth on the bows of these ships we strike fear in the hearts of our prospective enemies.

Email ThisBlogThis!Share to TwitterShare to FacebookShare to Pinterest
Labels: LCS, US Navy