Oil and Gas in the South China Sea - Bones of Contention

This might be behind the paywall at the Oil & Gas Journal, but it's an interesting problem surfacing soon in the South China Sea Plan for Philippines bid round escalates drama with China: 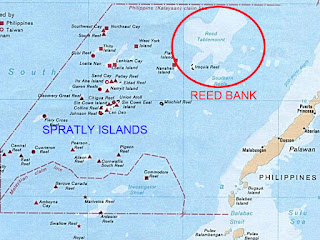 The Philippines government plans to resume oil, gas, and coal licensing of acreage that includes offshore areas over which China asserts control.
A year ago, in a case brought by the Philippines, the Permanent Court of Arbitration rejected Chinese claims to waters the island nation says lie within its exclusive economic zone.
China’s determination to ignore the ruling will be tested by a bidding round in December.
On July 13, Ismael Ocampo, director of the Department of Energy’s Resource Development Bureau, told reporters in Manila that the offering will include blocks on Rector Bank, the Philippines designation of Reed Bank.
China says history shows Reed Bank is Chinese. The arbitration court

disagreed.
The Philippines suspended exploration in the disputed area late in 2014 but craves domestically produced energy, now far below its expanding requirements.
***
... Vietnam’s largely unchallenged exploration in disputed waters might have emboldened Duterte to test Beijing’s resolve with the bidding round.
Or maybe Duterte felt obliged, for political reasons, to address his allegations of bullying.
In May, Duterte said that at a meeting of the Association of South East Asian Nations, Chinese President Xi Jingping warned him not to implement the arbitration ruling, saying doing so would provoke war ...
Xi, according to Duterte, insisted China would explore for oil and gas where the Philippines government now says it will sanction drilling.
At this stage in an escalating drama, there’s no clear script plotting a tidy finale.

Earlier coverage of this issue at The Diplomat by Jeremy Maxey Philippines Faces Post-Arbitration Dilemma Over Reed Bank:


Considering the risks and tradeoffs, Beijing may instead choose to engage in a potentially less destabilizing option—presenting Manila with a choice between China’s unilateral exploration of Reed Bank or joint development on China’s terms. This could prove a compelling proposition for Manila since Reed Bank (Recto Bank), located approximately 80 nautical miles northwest of Palawan within the Philippine Exclusive Economic Zone (EEZ) but claimed by China, is thought to hold one of the highest concentration of undiscovered resources within the SCS—764 million to 2.2 billion barrels of oil and 7.6 Tcf to 22 Tcf of natural gas.

While Reed Bank’s potential resources are modest relative to China’s massive energy consumption, the area is essential to Philippine future 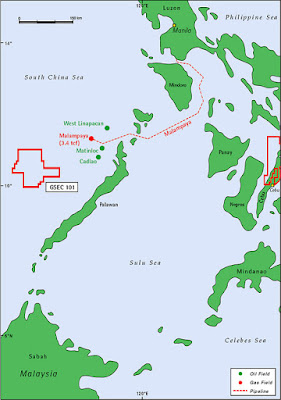 energy security. In particular, the Philippines is looking to develop Reed Bank to replace the Malampaya gas field, also located offshore west of Palawan, that is expected to be depleted by 2024-2030. The Malampaya gas-to-power project, led by Royal Dutch Shell, currently supplies about 30 percent of the electricity demand of Luzon, the largest and most populous island in the Philippines.

Indeed, geography and economics suggest that the most viable option to monetize Reed Bank gas is the Philippine market. This implies that although China may flagrantly engage in unilateral exploration, it is highly unlikely to unilaterally develop the gas without first locking in the Philippine market. This is politically impossible without Philippine participation, which means that joint development may be the only pragmatic way forward. Manila’s only other option is to hold an offshore licensing round with the expectation of developing Reed Bank through a consortium of international oil majors over Chinese objections.