High Cost of Gulf of Guinea Piracy and Related Corruption


In 2018, the United Nations (UN) Security Council disclosed that Nigeria was losing 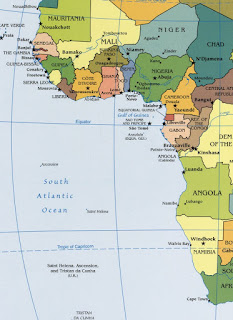 approximately $1.5 billion a month due to piracy, armed robbery at sea, smuggling and fuel supply fraud. According to the IMB’s Piracy Reporting Centre figures, the GoG accounted for 29 incidents in the first quarter of 2018, more than 40% of the global total. Of the 114 seafarers captured worldwide that year, all but one was within Nigerian waters, the report also noted. “The absence of an effective maritime governance system, in particular, hampers freedom of movement in the region, disrupts trade and economic growth, and facilitates environmental crimes,” Ambassador Michele J. Sison, the United States’ Deputy Representative to the UN, said at the time. She identified ineffective governance structures, weak rule of law, precarious legal frameworks and inadequate naval, coast guard, and maritime law enforcement as reasons for the challenge.

Last September, the Chief of Naval Staff, Rear Admiral Ibok Ekwe Ibas, confirmed that Nigeria loses billions of dollars annually to this menace. He also said: “The maritime domain has been under threat by piracy, sea robbery, illicit trafficking, illegal unreported and unregulated fishing and marine pollution. Now we have emerging security threats within the Nigerian maritime domain that stem largely from non-military causes such as socio-economic agitations and a large army of unemployed and under-employed youths in the coastal communities, whose activities manifest through attacks on shipping.”

It is therefore no surprise that the IMB has characterised Nigerian waters as “one of the most dangerous shipping routes in the world.” Between October 2019 and last week, there were eleven recorded attacks on the Nigerian waters and this may not even reflect the complete picture. On 23rd September 2019, a 244-metre product tanker, named ELKA ATHINA, carrying the flag of Greece was attacked in the Lagos area. Pirates actually boarded the vessel in a cargo-stealing attempt. Similarly, on 5th October 2019, a 182-metre produce tanker named UACC MIDIF, carrying the flag of Marshall Islands, was attacked by pirates in another cargo-stealing attempt. In a more daring attack on 6th October 2019, eight-armed men in two wooden boats attacked a 195-metre vessel named USMA around the Lagos port.

On 3rd December 2019, a vessel named NAVE CONSTELLATION, carrying the flag of Hong Kong was attacked at Bonny, Rivers State by pirates who hijacked the 330-metre crude oil tanker and kidnapped the 19 crew members. On 15th December 2019, a 140-metre product tanker named DUKE, was attacked. No fewer than 20 crew members were abducted. A week later, on 24th December 2019, an attempt was made on a 274-metre long vessel named ISTANBUL. Carrying the flag of Malta, the vessel reportedly conducted evasive maneuverers causing the attack to fail. Another failed attempt was made four days later on 28th December 2019 on an LNG tanker carrying a Bermuda flag. The 288-metre long LNG tanker named KNG LOKOJA was attacked at a location described as ‘joint regime of Nigeria and Sao Tome’.

The attempted hijack on 30th December 2019 at the same location of VINALINES MIGHTY and in Bonny, a 200 metre bulk carrier named DROGBA, carrying the flag of Singapore, were foiled because security personnel on board the two vessels fought back. But in one of the most violent attacks on the second day of this year, four crew members were kidnapped and four armed guards killed on an 84-metre vessel named AMBIKA, carrying the Nigerian flag. Another 155-metre vessel named MSC GRACE, carrying a Panama flag was also attacked on 21st January 2020 by armed pirates. The attack was foiled by 13 armed personnel on a speed boat who opened fire.

Incidentally, six of the vessels involved in these attacks were classified as “suspicious” which means they could have in fact been carrying stolen crude. Yet, the loss to our economy and the danger this poses to our national security are enormous. When I sought the opinion of the Group Managing Director of the Nigeria National Petroleum Corporation (NNPC), Mr Mele Kyari, on the implications of heightened piracy in the GoG, he minced no words: “It means increase in the premium on risk cover, delays in accepting Nigerian crude oil cargoes in the international market, adverse impact on the market pricing of Nigerian crude related to cargo delivery uncertainty and overall adverse impact on the revenues to the federation account.”

I understand Kyari’s point. The Lloyds market association of the United Kingdom has classified GoG as a war risk area resulting in insurance costs estimated to be triple that of other areas in the world. Vessels are now compelled to insure their crew and mobilize their own armed security guards to accompany every voyage. The same high cost of insurance applies for ships and cargoes. These costs are quite naturally transferred to consumers. A report by ‘Oceans Beyond Piracy’ that analysed the cost of this crime estimated that between 50 and 60 seafarers were kidnapped in the last quarter of last year in Nigeria alone and about N600 million was paid as ransom to secure their freedom.

The Nigerian Maritime Administration and Safety Agency (NIMASA) Director General, Dr Dakuku Peterside, who expressed his concerns about the growing challenge said Nigeria has to do more. “We must pay greater attention to the Gulf of Guinea not only because our economy depends on it but also because of its implications for our national security given the quantum of illicit arms that flow through the region,” Peterside told me on Tuesday. He added that the Nigerian Navy has, at various times, “embarked on special operations to tackle piracy and criminality on waterways and the cost of these special operations is enormous. NIMASA is spending USD195 million to buy more assets plus logistics in terms of retraining of our military forces to fight piracy. These are funds that would have been applied to social services.”

The other costs of piracy and criminality on our waterways include stifling of regional trade and food price inflation since deep sea fishing has almost been taken over completely by the Chinese whose vessels are heavily fortified, security wise. Just recently, two key London based shipping associations were about to issue a statement warning their vessels not to venture into Nigerian waters but for the intervention of NIMASA under the Deep Blue project. But I understand that the international shipping community is watching to see what the Nigerian authorities will do to tackle the menace before taking a final decision that could deeply hurt our economy.

Well, so far the answer has been not enough has been done by Nigeria which would seem to have the money and the population to develop a useful coast guard and navy.


ABDUCTORS, who spread fear and terror in West African waters and are responsible for the rising cases of kidnapping in Nigeria, Cameroon, Benin, among others, are mostly ex-militant members of a group who steal crude oil from tanker ships and sell it to buyers on the black market.

In an exclusive interview by The Manila Times, the two freed Filipino seafarers said most of their abductors were former high-ranking officials of the Nigerian military who broke away from the government.
***
“We learned that the abductors are former high ranking officials of the Nigerian military.They alienated themselves from the government and turned to kidnap for ransom schemes,” said “Chris,” a deck rating who flew back safely to the Philippines last January 24 after their release on January 21 at the Port Harcourt, Nigeria.

They said the groups target ships and abduct its crew in exchange for a big amount of money to sustain its operations.

“Most of them were addicts and maybe involved also in drug trafficking, aside from kidnapping. I saw one of them smoking bricks of marijuana for several days in the camp where we were held for 22 days, which they called ‘No Man’s Land,’ according to “John,” a native of Iloilo province.

They claimed that these rebels are targeting ship owners and pressuring them to directly buy fuel products from them, which they smuggle somewhere in Nigeria, and not to acquire from the government.

“That was part of their rebellious act, to paralyze the operation of the oil-rich production of Nigeria and buy fuel products directly from them,” the seafarers said.

Well, that doesn't sound good. If true, the prospects for the Nigeria, already troubled by


Corruption is the single greatest obstacle preventing Nigeria from achieving its enormous potential. It drains billions of dollars a year from the country’s economy, stymies development, and weakens the social contract between the government and its people. Nigerians view their country as one of the world’s most corrupt and struggle daily to cope with the effects.
******


It certainly has created some dangerous waters - and increased costs of sea-going trade in the area both in lives and dollars.

Pay attention to that part about the "rebels" using attacks to "pressure" them into buying hijacked oil. There's a lot at play here.

You might also note the reference to the Chinese fishing fleet and its effect on food prices in the area. This was previously discussed in Gulf of Guinea Piracy and Illegal Fishing: Expensive Crimes for the Neighborhood:

According to the document, Nigeria in 2018 imported fish worth $71 million, $56 million, $43 million and $174 million from Iceland, Russia, Norway and Netherlands respectively.

The document also showed that West Africa remains a global hotspot for illegal fishing with estimated losses of $2.9 billion.

The document further revealed that over 450 Chinese vessels fish illegally in Nigeria and the coast of West Africa, adding that, “a survey carried out by the West Africa Task Force showed that over 37 per cent of all fish caught in West Africa are caught illegally with China, Taiwan, Russia, South Korea, Spain, France and Thailand being the main countries responsible.