Another interesting site regarding the Gulf of Guinea is a joint effort of the Royal Navy and the French Navy MDAT-GoG, with a live map here. Sample screenshot below: 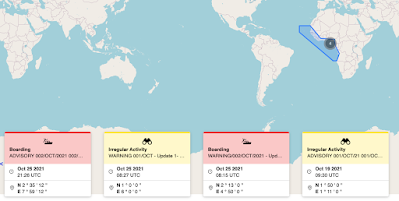 Maritime Domain Awareness for Trade – Gulf of Guinea (MDAT-GoG) is a cooperation centre between the Royal Navy (UKMTO) and the French Navy (MICA-Center) in support of the Yaounde Process. This centre has been in operation since the 20th June 2016.

The primary output from the MDAT-GoG is to contribute by maintaining coherent maritime situational awareness in the central and western African Maritime areas, with the ability to inform and support industry. It contributes to the safety and security of the Mariner in the regional maritime domain. The information supplied by vessels will be treated as commercially confidential. 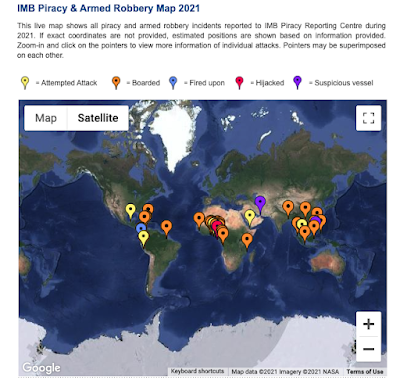