Lincoln M. Cushing who wrote a piece on World War II Kaiser ships named for labor leaders from which I quoted extensively here, pointed me to an effort to have a Navy ship named after Joe Rosenthal.

If you can't recall who exactly Mr. Rosenthal was, let me point you to his most memorable work: 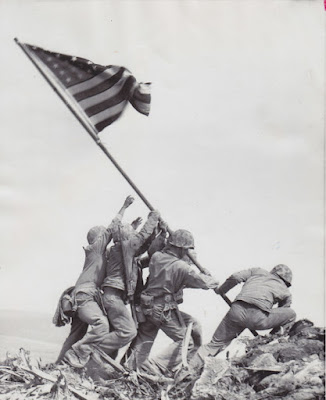 You can support this effort here at part of the site of the "Fellowship of the Lens" which has as its purpose "To promote the understanding and awareness of the role of the First Amendment in American society." If you are so inclined, pay them a visit and perhaps support their efforts.