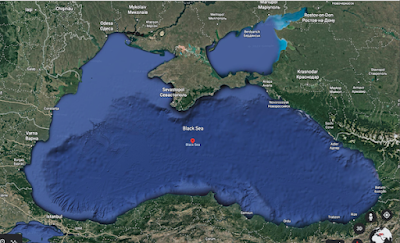 From the Sea of Azov to the Danube Delta, the maritime component of the Russian invasion of Ukraine's is bringing to the front universal constants; treaties, neutral shipping, amphibious operations, blockades, choke points, sea lines of communication, and an expanded environment where conflict can expand in unexpected ways.

While much of the focus has been ashore, significant developments - and lessons - can be found in the developments in the Black Sea. That will be the focus on today's Midrats with a panel discussion with Claude Berube, Chris Cavas, and Sal Mercogliano.

Dr Claude Berube has taught at the US Naval Academy since 2005 and has worked for two US Senators. He is a Commander in the Navy Reserve. His latest book is “On Wide Seas: The US Navy in the Jacksonian Era” and his third novel, “The Philippine Pact” will be released this fall.

Chris Cavas is a long-time naval journalist who has reported on navies and maritime issues in the United States and around the world. He’s also the co-host of the weekly CavasShips podcast focusing on naval matters.

Dr. Sal Mercogliano is a Maritime Historian at Campbell University. A former merchant mariner and Host of the What's Going On With Shipping YouTube Channel.

If you missed the show live, you can pick up this episode and others and add Midrats to your podcast list simply by going to you use Apple Podcasts here. Or on Spreaker. Or on Spotify.