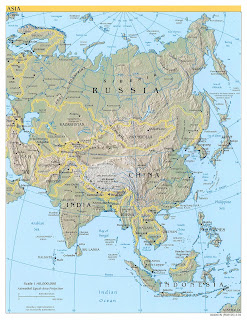 Despite the rapid transformation of their foreign policies, Japan and India have run into a new political barrier, China. Barring left-wing ideologues, few have difficulty in recognising the fact that China does not want other powers to rise in Asia. It was equally predictable that China would do its utmost to prevent Japan and India from gaining permanent seats in the United Nations Security Council. Nor is it shocking that China is the only nuclear weapon power that opposes the Indo-US nuclear deal.

Australia, too, Australia keen on ties, but not at China's cost

Australia might not be in favour of a quadrilateral security dialogue with India, US and Japan in the Asia-Pacific region to avoid antagonising prickly China, but it certainly wants to boost bilateral military cooperation with India.
***
Having established a broad relationship with China in recent years, Canberra naturally does not want to upset Beijing, which has already opposed the emerging quadrilateral "axis of democracy" in the Asia-Pacific region. Be that as it may, new Chinese capabilities like its anti-satellite weapon test on January 11 have been dubbed "disruptive" in Australia's new defence strategy blueprint. India, in turn, finds favourable mention.