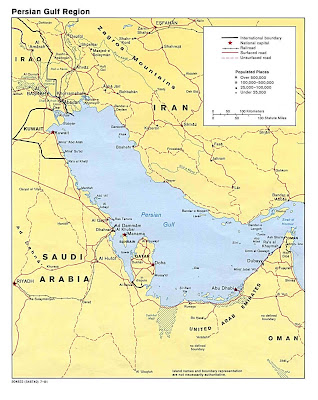 Are the U.S. Navy and its allies ready to defend the sea lanes in the Persian Gulf from the IRGC?

Strategically speaking, this places enormous pressure on the US Navy in the Persian Gulf. The strongest, most dangerous naval force in the Middle East isn't any state Navy, rather the enormous 1500+ small, fast, up-armed boat fleet supported by mini-submarines operated by the Iranian Revolutionary Guard Corps. It shouldn't need to be said, but the IRCG has access to the fourth largest sea mine inventory in the world, and almost certainly has the technical expertise and equipment provisions to utilize it.