Fearless Navy Bloggers Take to the Air: Episode 72 Lawfare and the Long War 05/22 on Midrats

Modern warfare and counter-terrorism bump up against international law and the "law of war" on a moment to moment basis - and that's the subject of this week's Midrats show - Episode 72 Lawfare the Long War 05/22 by Midrats on Blog Talk Radio:

Never in our history have we fought a war where law, lawyers, and layers of legalese have impacted all levels of the war, Political, Strategic, Operational, and Tactical.

Why do we find ourselves here and in what direction are we going?

From Pakistan, Afghanistan, Iraq, Libya and even domestically, the legal definition of the use of military power is evolving.

To discuss the impact of Lawfare for the full hour with Sal from the blog "CDR Salamander" and EagleOne from "EagleSpeak" will be David Glazier, CDR USN (Ret.).

David is a Professor of Law at Loyola Law School in Los Angeles. Prior to Loyola, he was a lecturer at the University of Virginia School of Law and a research fellow at the Center for National Security Law, where he conducted research on national security, military justice and the law of war. He also served as a pro bono consultant to Human Rights First.

Before attending law school, Glazier served twenty-one years as a US Navy surface warfare officer. In that capacity, he commanded the USS George Philip (FFG-12), served as the Seventh Fleet staff officer responsible for the US Navy-Japan relationship, the Pacific Fleet officer responsible for the US Navy-PRC relationship, and participated in UN sanctions enforcement against Yugoslavia and Haiti. 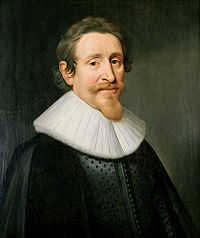 Glazier has a JD from the University of Virginia School of Law, an MA from Georgetown University in government/national security studies, and holds a BA in history from Amherst College.

So, with experience ranging from warrior to law of war scholar, Professor Glazier has some interesting (and sometimes unexpected) views on the matters described above.

Join us this Sunday at 5pm Eastern as we delve into the world of "lawfare." I promise that the name of Hugo Grotius will be invoked somewhere along the way.
Posted by Mark Tempest at 5/21/2011 05:15:00 PM

Email ThisBlogThis!Share to TwitterShare to FacebookShare to Pinterest
Labels: Lawfare, Midrats on Blogtalkradio