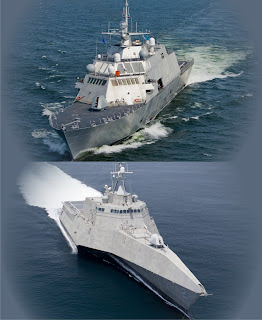 "The littoral combat ship is a critical shipbuilding program and demands the very best skill and effort from government and industry teams," said Asst. Secretary of the Navy (Research, Development and Acquisition) Sean J. Stackley in a memo establishing the new PEO. "To ensure that we deliver this program to the fleet successfully, I am establishing a new Program Executive Office, Littoral Combat Ships that will align several program offices into one consolidated PEO, focused entirely on achieving that result. This action takes efforts that are currently managed across multiple organizations, and integrates design and development and tests, trials and evaluations under one roof. PEO LCS will have authority across all aspects of the program."


Led by Rear Adm. James Murdoch, the new PEO provides a single program executive responsible for acquiring and maintaining the littoral mission capabilities of the LCS class from start to finish, beginning with procurement, and ending with fleet employment and sustainment.

"I am excited by the challenge of leading this historic effort to provide the Navy with new and highly capable warships equipped with extraordinary aviation features, large payload capacities and flexible environments for future missions - all contained within a fast, stable and efficient seaframe to support the Navy's needs today and tomorrow," said Murdoch.

E. Anne Sandel has been named as the executive director.

Acquisition and maintenance of the sea-frame and mission modules were previously overseen by two different PEOs - PEO Ships and PEO Littoral and Mine Warfare (PEO LMW), respectively. With the creation of PEO LCS, PEO LMW has been disestablished and resident LCS program functions have been transitioned to the new PEO. Non-LCS program functions from PEO LMW have been realigned within Naval Sea Systems Command and existing PEOs.

LCS and its mission modules have been developed under a different strategy for shipbuilding using modular capability, minimal manning and new sustainment concepts. That strategy and the unique aspects of LCS lend themselves to a PEO structure that takes into account the complexity of a system-of-systems approach. Realignment to co-locate the shipbuilding and mission modules programs, together with fleet introduction, is designed to optimize program communication and increased programmatic synergy.

The LCS is an entirely new breed of U.S. Navy warship. A fast, agile, and networked surface combatant, LCS's modular, focused-mission design will provide combatant commanders the required warfighting capabilities and operational flexibility to ensure maritime dominance and access for the joint force. LCS will operate with focused-mission packages that deploy manned and unmanned vehicles to execute missions as assigned by combatant commanders.

Now, you are all experienced with large bureaucracies . . . whatever could such a move mean? Heh. At least it's some action apparently designed to get this thing under control. 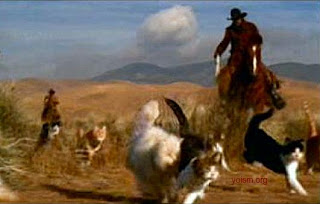 What was it Mark Twain wrote about the man said as he was being tarred and feathered and ridden out of town on a rail? Something like, "if it weren't for the honor and glory of the thing, I'd just as soon walk."