Pirate attacks continue in the Gulf of Aden areas, although the continuing high winds appear to be posing a problem for pirates in all but a few areas. 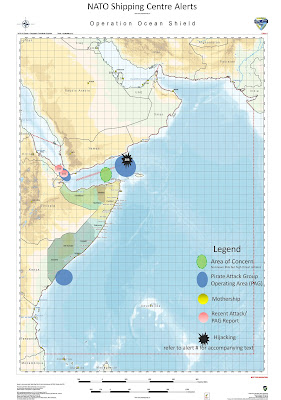 The reddish areas show most recent attacks, listed below from NATO Shipping Centre (numnwsvwb2): SOMALIA PIRACY UPDATE as of 21 JULY 2011: