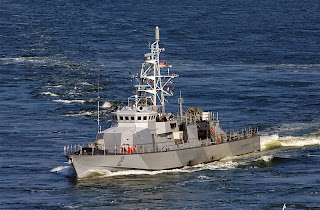 
While good ideas are often forgotten, bad ideas seem to pop up over an over again - especially the sexy ones that sound so good, but never seem to work well. The answer, of course, is to try again and hope for a better result.

Some would argue that sea swap is one of those sexy ideas that just isn't that practical in actual operation.

A good idea? One of the good ideas mostly forgotten is that of the Junior Officer in significant positions of authority. LTJG as XO? LT as Skipper? Sure... used to be common; now not so much outside the MIW and PC community.

What are the different challenges for the officer on a smaller warship? As JO command opportunities shrink, what is our Navy losing? 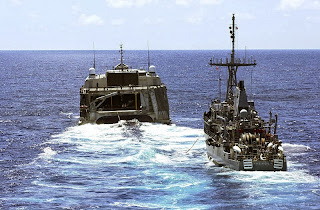 Our guest for the full hour to discuss this and anything else the squirrels deliver will be Lieutenant Matthew Hipple, USN.

We'll start the conversation from his article in the July 2013 Proceedings, Sea Swap - Its a Trap - then we'll be off to the races from there.

LT Hipple is a surface warfare officer who graduated from Georgetown’s School of Foreign Service. He is Director of the NEXTWAR blog and hosts the Sea Control podcast. While his opinions may not reflect those of the United States Navy, Department of Defense, or US Government, he wishes they did.