The Anti-Access/Area Denial U.S. Army and the Air/Sea Battle 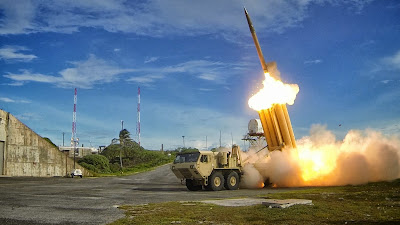 Some of you will know that CDR Salamander and I had as our guest on Midrats this past weekend a young Army officer who discussed his vision of a future role for the U.S. Army as the provider of a, well, "less threatening" (but ally re-assuring) presence capability as part of the announced strategic "Pacific Pivot" (listen to the show here).

His interesting suggestion is that, by deploying small packets of anti-air/missile units (and probably some sort of anti-surface system -which I would call artillery since you want it to be "defensive" and short-ranged), the U.S. has much to gain by offering its own A2/AD to countries looking for something less that the huge offensive load carried by U.S. Navy warships along with those same ships defensive capabilities. In other words, by going defensive we can present a less threatening posture to a regional big dog.

In short, if you thought "Air/Sea Battle" was the end all and be all of modern strategies, you might be mistaken, as the Army is not content to have a stake driven through its heart when it, too, can be player in the Pacific. Major Chamberlain is not alone in his suggestion that the Army's missile forces are important. Jim Thomas in May/June 2013 Foreign Affairs piece titled, "Why the U.S. Army Needs Missiles" writes:


The conventional wisdom, however, will prevail only if the army fails to adapt to its changing circumstances. Since the 1990s, the United States' rivals have dramatically increased their capacity to deny Washington the ability to project military power into critical regions. To date, the air force and the navy have led the U.S. response. But the army should also contribute to this effort, most critically with land-based missile forces that can defend U.S. allies and hinder adversaries from projecting power themselves. The army should thus shift its focus away from traditional ground expeditionary forces -- mechanized armor, infantry, and short-range artillery -- and toward land-based missile systems stationed in critical regions. By doing so, it can retain its relevance in U.S. defense strategy.
***
Taking a page from the playbooks of China and Iran, the U.S. Army should establish its own A2/AD systems to deny would-be regional hegemons the ability to project power. A distributed network of ground-based missile forces could act both as a shield, protecting air and naval forces as they entered the theater, and as a sword, striking the enemy directly from afar -- destroying aircraft, shooting down missiles, sinking ships, and attacking land targets. These forces would include new classes of mobile and fixed launchers that the army would have to develop and field. And like the U.S. Navy's vertical launching system, which can fire a variety of missiles, they should be capable of firing interchangeably antiship, antiaircraft, and land-attack missiles, as well as missile defense interceptors. 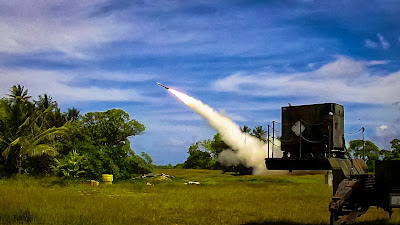 The army's new missile systems would prove especially useful in the western Pacific, where the army could construct antiship missile sites and conceal mobile missile launchers throughout the string of islands stretching from Japan to the South China Sea. These systems would help U.S. allies such as Japan and the Philippines defend themselves against potential Chinese aggression and limit the Chinese navy's freedom of maneuver during a crisis. Likewise, in the Persian Gulf, such forces based in Kuwait, Qatar, and the United Arab Emirates might serve as the core of a new regional defense posture. They could link together the missile defense capabilities of the Gulf Cooperation Council states and help deter Iran from launching missiles or attempting to close the Strait of Hormuz.

Note that this Army role does not in any way diminish the roles of the Navy or Air Force in elimination of an A2/AD posture by the other side of a regional fracas. It does, however, provide a nice path to cinching together a regional defense package without throwing a couple of carriers and their escorts into a beginning-to-boil mess.

Yes, it's hard to believe, but some people might get excited when you show up with a couple of task forces. The Army's way ahead may just be to stick an extra riser in the escalation to conflict process.