There are a couple of interesting posts out there on the "weaponization of empathy" see Genocide, Islam and Weaponized Empathy, More on Weaponized Empathy, which deal with the issue of attempted manipulation of emotion to spur some action or reaction or even inaction desired by some group. As the author of those posts notes,


Leftists would have you believe that us on the Right have no empathy. We wish to deny the endless migrations away from crisis areas in the Islamic world and that, they would tell us, is incompatible with human rights, dignity, empathy and so on.

Yes. well, it's not just the plight of people running from the horrors of the Middle East that we get this "empathy invocation" by the left.

Every plea that something is "for the children" or image of a "sad-eyed dog" or "seriously wounded warrior" in a television or print ad is an attempt to make you reach or your wallet and pledge something to alleviate the suffering.

If you work with your hands for a long period of time, you will note that after the blisters come calluses, a tough thickening of the skin that comes from over exposure to the pick or shovel. Over exposure to "empathy drivers" leads to a certain "empathy fatigue" - the "weeping puppy" ads change from being shocking to being - well, perhaps "annoying" is not quite  the right word, but certainly I begin to find ways to avoid the message.

My empathy cup is near empty. Not because, as some would have it, I lack empathy, but because I can only care about so much and I've reached my limit. It's "empathy fatigue" - a variation on "compassion fatigue": 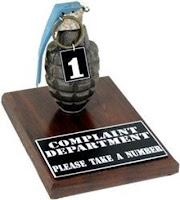 Compassion fatigue, also known as secondary traumatic stress (STS), is a condition characterized by a gradual lessening of compassion over time. It is common among individuals that work directly with trauma victims such as nurses, psychologists, first responders, and health unit coordinators. . . .

Journalism analysts argue that the media has caused widespread compassion fatigue in society by saturating newspapers and news shows with often decontextualized images and stories of tragedy and suffering. This has caused the public to become cynical, or become resistant to helping people who are suffering.

Yep. That, coupled with the inveterate media and agitprop tendency to turn every single thing that goes wrong into a "crisis." As wiser people than me have noted:


If everything is a crisis, then nothing is.

So, if a zillion people are on the run from the Middle East to Europe, where the living is easy and the welfare great, my empathy meter now barely moves. If the Europeans put the migrants into camps and don't given them free housing beyond tents, well, it's okay with me. If some "leader" of the migrants complains about how unfair this is, I just could not care less, even if the New York Times and its columnists become appalled.

If the U.S. poverty rate never seems to get better because we keep re-defining "poverty" after paying out trillions in benefits and while some residents seem to make poverty a life-style to which every third world citizen would consider "extreme wealth," well, perhaps we need to take a hard look at the benefits we dole out from our tax dollars. "Poverty statistics fatigue" has me in its grip.

Do you get my drift?

If workers employed by government contractors lack "paid sick days" coverage,
I suggest that they work on their contract negotiation skills instead of having the President impose a new "benefit" that will be passed on to the taxpayers in the name of "empathy."