Fun with Russia - Putin Pushes, Gets Pushed Back by Baltic States 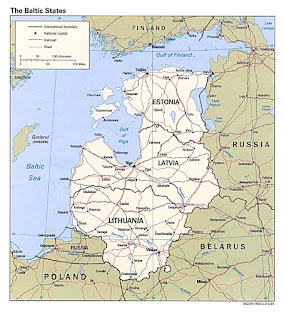 On Midrats last Sunday, our guest, Jorge Benitez, lead us in an interesting discussion of NATO and Russia. One of the topics was the triad of new NATO members Lithuania, Latvia and Estonia and the risks they face from - well - Putin's fantasy of putting back together the old Soviet Union. You can listen to the show here.

In light of this, this article from IEEE Spectrum is exactly on point, Fear of Russia Drives High-Voltage Power Projects in the Baltics:


Former Soviet Union satellites such as Ukraine, Georgia, and the three Baltic states—Lithuania, Latvia, and Estonia—rely heavily on Russian energy, a dependence that colors the ongoing geopolitical tussle among the Russian Federation, the European Union, and NATO. But new energy infrastructure is beginning to free the Baltics from this drama, including two high-voltage direct current links to Lithuania nearing completion: the 500-megawatt LitPol Link with Poland and the 700-MW NordBalt cable to Sweden, which is among the world’s longest subsea power links.

The links will give the Baltics the ability to get 100 percent of their imported power from non-Russian sources. Laying the 453-kilometer NordBalt cable was hindered by a series of nerve-wracking interventions by Russian naval ships, prompting Lithuania to lodge an official complaint with Moscow. Despite this hurdle, both NordBalt and LitPol Link are expected to begin testing by December and should be in operation from January 2016, says Daivis Virbickas, CEO of the Lithuanian power grid operator Litgrid.

Putin has done a remarkable job of causing the rest of Europe to work hard to free themselves of ties that Russia could use to "punish" them for standing up for freedom from Putin's bullying.