Saturday Is Old Radio Day: "The Halls of Ivy" 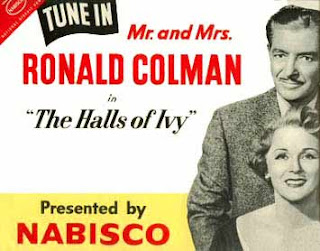 A gentle comedy featuring excellent actors dealing with the by-gone world of small colleges and the on-going world human behavior "The Halls of Ivy":


The Halls of Ivy featured Colman as William Todhunter Hall, the president of small, Midwestern Ivy College, and his wife, Victoria, a former British musical comedy star who sometimes felt the tug of her former profession, and followed their interactions with students, friends and college trustees.