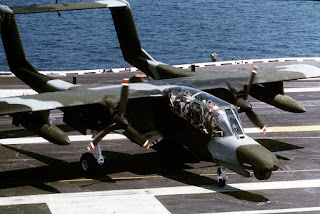 For some time I have been an advocate* for "basic" aircraft for close air support of our forces in the field - and now there's an interesting piece discussing that topic in the latest U.S. Naval Institute Proceedings by Captain Andy Walton, USN, "Bronco 12 Cleared Hot"


Fighting a low-end war with high-end supersonic aircraft has put a heavy burden on the Department of Defense’s fourth-generation fighter and attack fleet. Sustainment of aging fourth-generation and acquisition of fifth-generation aircraft have left the U.S. Navy, Air Force, and Marine Corps with little interest in adding low-end light-attack airframes to their inventories and quieted the debate over light attack for U.S. special operations forces (SOF) and general purpose forces (GPF).

From as early as 2002, advocates of “low-cost irregular warfare aircraft” such as the AT-6, A-29, AT-802, OV-10, Scorpion, and others argued the overall cost savings in fuel, maintenance, and manpower were worth exploring. They proposed that even small numbers of these forward-deployed expeditionary aircraft could ease the flight-hour and service-life strain on fourth-generation aircraft performing low-threat armed reconnaissance (AR), air interdiction (AI), and close-air-support (CAS) missions, the airborne tankers supporting them, as well as the number of fuel convoys traveling to air bases in Afghanistan, the Horn of Africa, and Iraq.

The recent OV-10 deployment, named Combat Dragon II (CD II), provides a template for how adaptable, flexible, innovative, forward-thinking people can produce ideas easily applied to the combatant commander’s capability shortfalls. If adopted, it would ease service topline budget pressure and position the DOD to be prepared for the range of missions it may face in the future. The CD II deployment also demonstrated how gaps in our current strategy can be filled with repurposed or off-the-shelf hardware.

It's in the "open to the public" part of the on-line magazine, so please read it. 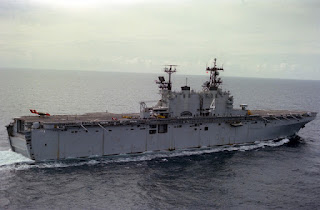 *See The Legacy of Lex: A Common Sense Call on the F-35 for example.

Oh, and the Bronco can do carriers and ships like LHAs: