The Coast Guard is investigating multiple laser strikes during the past 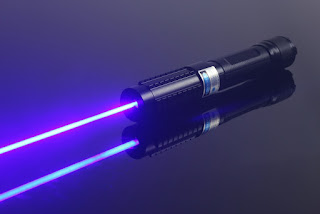 month aimed at commercial vessels transiting the Chesapeake Bay and warns the public of this dangerous act.

Four incidences occurred early Wednesday morning between midnight and 3 a.m., involving the motor vessels Salome, Bulk Spain, and AM Annaba. Additionally, a pilot vessel was lased as it was on its way back to the pilot launch.

During all incidents, the laser light was described as steady, powerful and somewhat painful to the eyes. The reporting source believes the laser originated in the area between Drum Point and Cove Point, and lasted for approximately 15 minutes.

"Laser lights, and other bright lights can be a hazard to navigation," said Lt. Trish Elliston, Coast Guard Sector Maryland-National Capitol Region. "The most likely scenario is the laser would blind or distract a pilot which would prevent the pilot from seeing a smaller vessel. This could cause a collision or other serious incident in the shipping channel."

The Laser Safety Act, makes it a misdemeanor to knowingly and willfully cause or attempt to cause bodily injury by shining, pointing, or focusing the beam of a laser pointer on an individual operating a motor vehicle, vessel, or aircraft. The penalty is a maximum 10 years in prison and a fine of up to $2,500.

The Coast Guard is working with state and local law enforcement along with Chesapeake Bay Pilots to investigate the incidents. Anyone with information leading to the whereabouts of the individual, or individuals, involved are asked to contact the Coast Guard Sector Maryland-National Capital Region Command Center at 410-576-2525 or via email at cgis-baltimore@uscg.mil.