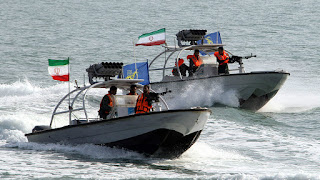 An Iranian admiral now says the country’s slow-down in sending small patrol boats to harass U.S. Navy ships in the Persian Gulf was spurred by what he describes as a change in U.S. behavior but doesn’t address the uptick in Iran’s drone flights in the region.

Rear Admiral Ali Ozmaei of the Iranian Revolutionary Guards said the U.S. Navy is now following international regulations and is avoiding approaching the Iranian coast, according to news reports.

Ozmaei’s comments came a week after U.S. Navy officials stated harassment from small Iranian patrol boats seems to have stopped in the congested Persian Gulf region, according to a story first reported by the Wall Street Journal.

Perhaps the Iranian Navy is getting ready for its announced foray into "the Gulf of Mexico" - announced back in November 2017 Iran to Send Naval Forces to Gulf of Mexico: Commander:


Speaking in his first press conference after taking the office, Navy Commander Rear Admiral Hossein Khanzadi said Iran’s naval forces will soon go to the Atlantic Ocean, visit some South American countries, and wave the Iranian flag in the Gulf of Mexico.

Better load up food for their friends in Venezuela . . .

Or perhaps carry along their "stealth fighter" which is now, after 5 years of development, ready for "fast taxiing" - Iran’s Advanced Stealth Fighter Jet Undergoing Pre-Flight Tests: 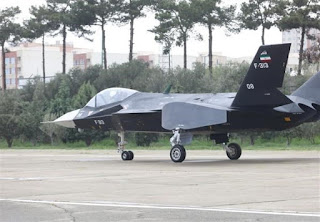 Speaking to the Tasnim News Agency, Brigadier general Dehqan pointed to the development process of Qaher and said the fighter jet has been designed to conduct close air support missions.

It has been undergoing pre-flight tests, he said, adding that one of the tests the aircraft should undergo is fast taxiing.

Taxiing is the movement of an aircraft on the ground, under its own power, in contrast to towing or push-back where the aircraft is moved by a tug.

The former defense minister went on to say that the Qaher fighter jet is currently conducting fast taxi runs.

As you might recall, there is some - well, a whole bunch - of skepticism about this aircraft as noted Iran’s Fake Qaher F-313 Stealth Fighter Is Back: