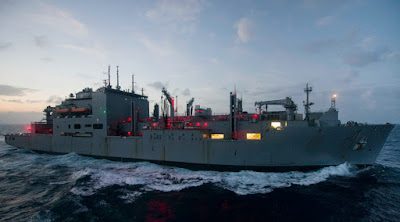 It feeds, fuels, and makes everything a fleet does possible - we're talking logistics for the full hour with returning guest, Salvatore Mercogliano.

He has a BS Marine Transportation from SUNY Maritime College, a MA Maritime History and Nautical Archaeology from East Carolina University, and received his Ph.D. in Military and Naval History from University of Alabama.

Currently an adjunct professor at the US Merchant Marine Academy teaching a graduate course on Maritime Industry Policy and an Associate Professor of History at Campbell University in Buies Creek, NC teaching courses in World Maritime History, Maritime Security, and American Military Experience.

Recently published “We Built Her to Bring Them Over There: The Cruiser and Transport Force in the Great War,” in the Winter 2017-18 issue of Sea History; author of Fourth Arm of Defense: Sealift and Maritime Logistics in the Vietnam War, published by the Naval History and Heritage Command in 2017, and 2nd Prize winner in the 2015 US Naval Institute Naval History Contest with Semper Sealift: The U.S. Marine Corps, Merchant Marine, and Maritime Prepositioning. 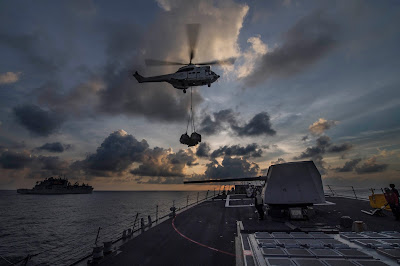 He also serves as a Captain on the Northwest Harnett Volunteer Fire Department and currently working on a history of military sealift during the First World War.

Email ThisBlogThis!Share to TwitterShare to FacebookShare to Pinterest
Labels: Midrats on Blogtalkradio, Midrats on iTunes, Midrats on Stitcher, Naval Logistics